Los Angeles Should Pay the NFL to Stay Away

Mayor Eric Garcetti says Los Angeles shouldn’t give taxpayer dollars to the National Football League. I disagree. L.A. would be wise to pay the NFL—to stay away.

The arguments against bringing the NFL are so numerous that I can’t list them all in a short column, but here are a few:

1. An NFL team would only add to our deep bench of dubious celebrities.

The L.A. media already has enough celebrities to distract TV stations and newspapers from covering things that actually matter; we don’t need to introduce a team of rambunctious football players to our Kardashian culture.

2. An NFL team in L.A. would cannibalize existing businesses.

Studies show that adding a pro sports franchise doesn’t add to a city’s wealth. Instead, it takes existing dollars away from other entertainment options.

3. A new team would be wasteful.

The NFL requires cities to build a new football stadium in order to get a team, but the Rose Bowl just got a $181 million renovation, and USC is fixing up the Coliseum.

4. A new team would be bad for Los Angeles’ own football fans.

The absence of the NFL has allowed a delicate football ecology to flourish here. Our TV stations air the best pro games because there’s no local squad. On Sundays, Angelenos dress in their former hometown teams’ jerseys and gather together to watch games. And if you absolutely must see the NFL live, the Chargers are just a train ride away in San Diego.

Despite all this, many of our leaders insist that a city of our grandeur needs an NFL team and that a downtown stadium deal won’t cost us anything. Yet the current deal uses public land and requires the city to sell some $300 million in bonds to build new convention space. And, the NFL might draw big public subsidies by giving L.A. two teams instead of just one, or committing to hosting multiple Super Bowls here. Do you trust the L.A. leaders who just gave Hollywood a $1.6 billion tax break to hold the line against public support for a pro football team? Me neither.

Instead, L.A. should offer the NFL money to stay away. When you think of all the costs of having a team—potential stadium costs, additional traffic, the business that football would divert from other entertainment options, and time wasted on the NFL drama—paying off the NFL becomes a bargain.

So let’s offer the league $100 million in exchange for a guarantee never to put a team here. And if the league turns it down? That, at least, would make the reality undeniable: The NFL wants to take L.A. for all it’s worth.

Joe Mathews is California and Innovation editor for Zocalo Public Square, for which he writes the Connecting California column. 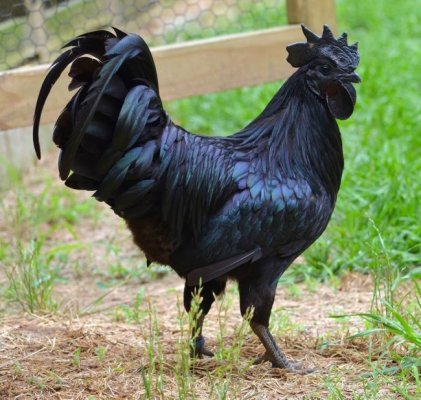 This Rare Chicken’s Body is Entirely Black—Including Its Organs, Meat and Bones
Next Up: Editor's Pick