Michael Jordan, owner of the Charlotte Hornets, watches on during their game against the Milwaukee Bucks at Time Warner Cable Arena on October 29, 2014 in Charlotte, North Carolina.
Streeter Lecka—Getty Images
By Eliana Dockterman

Basketball great Michael Jordan has never played golf with President Barack Obama — but if he ever does, he thinks it would be a walk in the park.

“I’d take him out,” Jordan said Thursday, in a video interview with sportscaster Ahmad Rashad. “He’s a hack. It would be all day playing with him.”

When asked if he could play golf with anyone in the world, Jordan chose golfing great Arnold Palmer and the President. Though he’d likely struggle against Palmer, he had no such worries about Obama. “I never said he wasn’t a great politician,” Jordan went on to say. “I’m just saying he’s a s*** golfer.”

Those are some bold words about POTUS. But the 14-time NBA All-Star is known for his hyper-competitive streak on and off the golf course. Sports Illustrated‘s Rick Reilly once reported that after Jordan lost a game of golf to U.S. Olympic coach Chuck Daly, he got up the next morning and pounded on Daly’s hotel room door until the Dream Team coach agreed to a rematch. Jordan won. 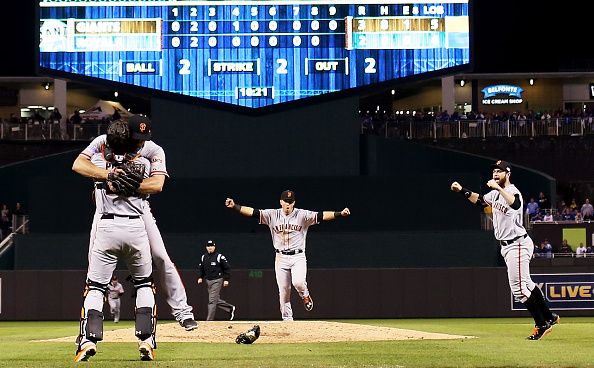 Giants Hold Off Royals to Win World Series
Next Up: Editor's Pick