Thomas M. Menino, the beloved former mayor of Boston who led the city for more than two decades, died Thursday. He was 71, and his passing was confirmed in a statement on his Facebook page.

Menino, who served five terms in office to become the city’s longest-serving mayor, was diagnosed with advanced-stage cancer soon after stepping down earlier this year. Last week, Menino announced that he would stop chemotherapy treatment — and suspend a tour to promote his book Mayor for a New America — to spend more time with his family and friends.

“At just after 9:00am this morning the Honorable Thomas M. Menino passed into eternal rest after a courageous battle with cancer,” the statement said. “He was surrounded by his devoted wife Angela, loving family and friends. Mayor Menino, the longest serving Mayor of the City of Boston, led our city through a transformation of neighborhood resurgence and historic growth — leaving the job he loved, serving the city and people he loved this past January. We ask that you respect the families’ privacy during this time and arrangements for services will be announced soon.”

Menino is credited with overseeing the ascent of Boston’s skyline and leading the city through economic downturns to become a hub for business and technology. The city’s first mayor of Italian descent, according to the Boston Globe, Menino’s old-school political style won him the support of the city, leaving office with an approval rating of nearly 80%. A 2008 Globe poll found that more than half of the Boston respondents said they had met him personally.

Read TIME’s 2013 profile of Menino here: The Last of the Big-City Bosses 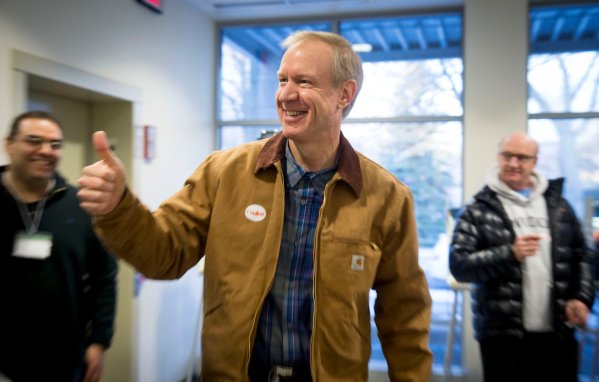 Mega-Donors Give Big in State Elections
Next Up: Editor's Pick