Meghan Trainor attends the "All About That Bass" #1 Party on October 14, 2014 in Nashville, Tennessee.
Ed Rode—Getty Images
By Gavin Edwards / Rolling Stone

For the past seven weeks, the Number One song in the U.S.A. has been “All About That Bass,” Meghan Trainor’s catchy pep talk for those who don’t have model-skinny bodies. Trainor, who grew up in Nantucket, Massachusetts, had long aspired to a career in music – but she always thought it would be as a songwriter, not a singer. Now, the 20-year-old Trainor, who is brash enough to refer to herself as “M-Train,” is also modest enough to say of hitting Number One, “It’ll be OK if it never happens again.”

Her label Epic Records, however, very much wants it to happen again, so on a hot Tuesday in Los Angeles, an army of filmmakers descends on an abandoned downtown movie palace to shoot the video for Trainor’s upcoming single, “Title.” Because Trainor’s version of feminism is roughly the same as that of Sixties girl groups like the Shirelles, the song is about making sure that a guy you date gives you the title of girlfriend. Trainor, wearing a sparkly dress and a lime-green fake fur, winningly lip-syncs her way through a ska-inflected bridge while flanked by hunky guys with sashes (the video’s concept is a “Mr. America” pageant).

Between takes, Trainor is surrounded by hair and makeup people, blotting sweat and adjusting every loose strand of blonde hair. “It’s a thousand degrees in here,” she says during a break, “but I look good and I smell all right.”

What was the spark behind “All About That Bass”?
My producer Kevin [Kadish] had the title “All Bass, No Treble,” but he hadn’t figured out what to relate it to. And I was like, “What about booty?” At the time, my slang was that I’d say “I’m all about that” about everything. Kevin grew up as a chubby kid too, so he totally related. We wrote it in 40 minutes, and we were just laughing while writing it. He was the one that wrote the “skinny bitches” line. And that’s when we said, “We’ll never make a dime off this. No one will like this, no one will cut this.”

You were looking for someone else to sing it?
We tried. Labels were like, “We love this, but what do you expect us to do with it?” But L.A. [Reid, head of Epic] was the first one to say, “Who’s singing it? Go find that voice.” I met his A&R guy Paul Pontius and I sang for him. A week later, I was in L.A. and I texted him, “Wanna get some coffee?” I was just making up stuff to get his attention. He was like, “Wanna play for L.A. Reid tomorrow?” All I had was my ukelele. I was so nervous, but L.A. was doing the shoo-wop-wops and dancing with me. Then they made me wait in the conference room for 20 minutes with no cell phone, and I almost killed myself. I thought I had screwed up my whole career. Finally he came back and said, “We got you a record deal, girl!” That was one of my goals. Even if I wasn’t a pop star, I wanted to at least say I got a record deal and I got dropped.

Do you think of yourself as thick?
I ain’t teensy-weensy, but I think I’m regular. One person wrote, “I really like your song, but I wish you were bigger.” Sorry, thank you. I don’t know if that’s a compliment or not.

Tell me about the first song you ever wrote.
It was for my aunt and uncle. They got married when I was 11. My uncle is from Trinidad — we went there on a family vacation. We took my aunt, who was young — around 21 — so she could babysit us. This carnival performer on a truck jumped down and danced with my aunt. Apparently, I walked up to them, at age seven, and said, “You should get her number, she’s totally single.” They went on a date, and now they’re happily married with three babies. I wrote new lyrics to “Heart and Soul” on the piano and played it for them at a party.

What was the first song you wrote for yourself?
It was called “Give Me a Chance,” and it was about my brother’s friend. I wanted to dance with him one time: “I’m older now and I’m wiser. Give me one dance, I’ll kill it, you’ll love me.” I was 13. It never happened, probably because his best friend was my brother. I never let them know it was about him — that was a big secret, and now it’s out [laughs].

From there, what was the point when you thought you could do music professionally?
At 18, I got a publishing deal, so I was like, “I can do this for real and not go to college.” When I was a teenager, my parents dragged me to a lot of songwriting conventions. It’s hard on the island [Nantucket], because it’s an hour boat ride and a two-hour drive to Boston just to get on the plane. We’d pay $300, and I’d sit in a room of 20 other songwriters who would listen and judge. I’d be like, “I’m 16 and I produced that myself. Don’t hurt me; I’m very delicate.” Eventually, I got signed from one of those things, so it all worked out.

Tell me about a mistake you made.
Growing up, I didn’t get the talk of “Make sure boys take you on a date and treat you right.” So I was the girl who wasn’t dating and would just text. I dated these guys who didn’t have jobs and I would always be paying. At one point, I remember looking in the mirror and thinking, “You’re too pretty and cool to be treated like this.” That was when I changed: “You wanna talk to me? Okay, I need food and a movie.” So when I started writing an album for the world to hear, that was one of the main concepts I wanted to get down.

What’s the best advice anyone’s ever given you?
My dad gives good advice: “Being yourself always wins more than trying to pretend you’re someone else.” Now everyone’s coming up to me, trying to give me advice on the famous life: “You don’t know who your friends are, don’t trust nobody.” It’s supposed to be fun, right? You’re making it sound scary.

Has it been fun?
Oh, yeah. I met Cody Simpson last night. He’s, like, the Australian Justin Bieber. I haven’t met a lot of celebrities. But the guy from Workaholics, Adam DeVine, was dancing in front of us, and I was pretty starstruck. I saw Macklemore walk by at the IHeartRadio festival. Hilary Duff was the best: I got to talk to her, and I was a Lizzie McGuire fan forever. And T-Pain called me on the phone: He didn’t know who I was, but he said he wanted to do the remix. I am such a big T-Pain fan, I was trying so hard not to cry. I’d love to write with him — I think we’d write a smash.

What’s your favorite book?
Ah. I don’t read books. I read On the Road in high school, and that was awesome, so I guess that’s my favorite book. To Kill a Mockingbird, even though I didn’t read it, that’s the greatest story. SparkNotes came in when I was in high school, and that was the greatest invention. Reading is too soothing for me: No matter what time of day, if I’m reading a book, I’m going to fall asleep. I wish I read books because they help with talking. I want to say something in a cool way, and I can’t think that fast, especially in interviews. And if I get nervous, I stutter. If I read this and it sounds stupid, I’m going to be pissed [laughs].

Are you a confident person?
I got to be, overnight. I was so insecure, and I hated myself. I would sit in class, and I wouldn’t be bullied, but I would go in a mental cycle of “My God, he’s looking at me and I look awful right now and he hates me and I’ll never have boyfriends.” My mom would tell me, “They probably don’t think about you as much as you think.” And I have this habit of picking my skin when I’m nervous. But now? Hair and makeup helps a lot. I am finally at a point where I look in the mirror and think, “I’m looking on point today.” I never had that.

Even when the song first hit Number One, you weren’t feeling good about yourself?
When the video first got sent to me, I cried. I remember being like, “I don’t want to do this anymore.” And I edited the crap out of it: We need a different shot there, my face looks weird. And they did it for me, which is amazing. And now I look like a pop star! When I got signed as a songwriter, I immediately thought, “Oh, no one sees me as an artist because I don’t look good enough.” So I shut down the whole idea. And now I hate that I ever doubted it. This is what I’m supposed to do.

Are you dating anybody these days?
I’ve never been so single! I don’t understand! If you know anyone, let ’em know. 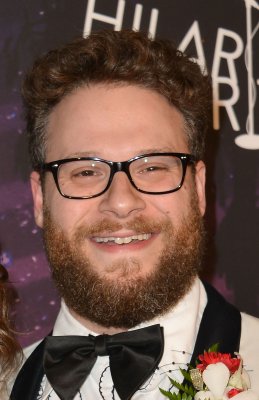