How to Beat ISIS

Heavy air strikes have helped hold back ISIS in the Syrian border town of Kobani, but more is needed
Bulent Kilic—AFP/Getty Images
By David Rothkopf

The islamic State of Iraq and Greater Syria (ISIS) is a pernicious, brutal organization that directly threatens the stability of the Middle East, and ultimately, nations worldwide. It is also roughly the size of a small American state university, fielding no more than 30,000. It doesn’t have an air force, a navy, a reliable tax base or any of the other resources found in even the smallest and most fragile of nations.

The U.S. needed only 31⁄2 years to defeat the Axis in World War II. During that war Germany alone was able to field more than 20 million soldiers. So why, when U.S. Admiral John Kirby, the spokesperson for the most powerful military force the world has ever known, was asked how long it might take to defeat the modest threat posed by ISIS, did he say that it could take five years, six years or even more?

While it’s well known that fighting insurgencies is challenging—witness the 13-year war against the Taliban—that’s not the whole answer. Unlike al-Qaeda and the Taliban in Afghanistan, ISIS isn’t fighting purely guerrilla-style, fading in and out of the background. ISIS is seeking to claim and hold territory, build and maintain supply chains, protect illicit oil shipments—all in the effort to construct a state. ISIS is a hybrid force—part insurgency and part traditional army—and the U.S. should have no trouble defeating a traditional army.

But to do that, you need to rely on more than just air strikes. Ground forces are needed to seize and hold territory where ISIS has been weakened. While those troops needn’t be entirely or even primarily American, if Washington is leading a coalition against ISIS, and it is, then the U.S. must be on the ground as well. There is no other way.

That leadership can’t be left up to the rest of the U.S. coalition. Most of the participants have really only signed up for secondary duty, far from the battles on the ground. Virtually none have made meaningful commitments to field the troops and take the risks needed not only to degrade ISIS but to defeat it. With some—like Turkey and Qatar—it can be hard to tell whose side they’re really on.

The coalition and the U.S. have repeatedly shown they lack the two things needed to ensure a decisive victory. The first is will. That means the will to commit the right ­forces in the right numbers, with the associated risks—and the will to work allies to ensure they do their part as well. Turkey, for instance, needs to know that failure to be a dependable partner against ISIS will call its NATO membership into question.

The second issue is a question of strategy. When President Obama admitted in August that “we don’t have a strategy yet” on ISIS, he lived up to the old Washington maxim that a gaffe is just a politician accidentally telling the truth. But his later assurance that the U.S. did indeed have a strategy was unconvincing. Absent the will to win, there is no strategy that will work.

Even if the U.S. manages to defeat ISIS militarily in Iraq or Syria, there is no clear plan to fill the political, economic and social void that will be created by its elimination. In Syria victory over ISIS might end up empowering the brutal regime of President Bashar Assad, which is already responsible for a war that’s produced 200,000 deaths and a massive humanitarian catastrophe. In Iraq, if the only result is a Shi‘ite-led regime in Baghdad that acts much like the last one, it won’t be long before Sunni unrest invites the rise of a new insurgency. We’ve seen that movie once before.

We need a broader strategy to curb the alarming spread of violent extremism, which currently takes the form of dozens of groups from West Africa to Asia. Insiders call it “squeezing the balloon”—getting rid of the problem in one place only to see it burst forth in another. It’s not enough, as the President recently suggested, to simply see this as a “generational problem.”

And that’s the rub. One can’t help but look at the current ad hoc, halfhearted effort against ISIS without thinking that the goal isn’t really beating ISIS, but beating back bad press. It’s a policy built around keeping a lid on public criticism—at least until the President has cleaned out his desk in the Oval Office. 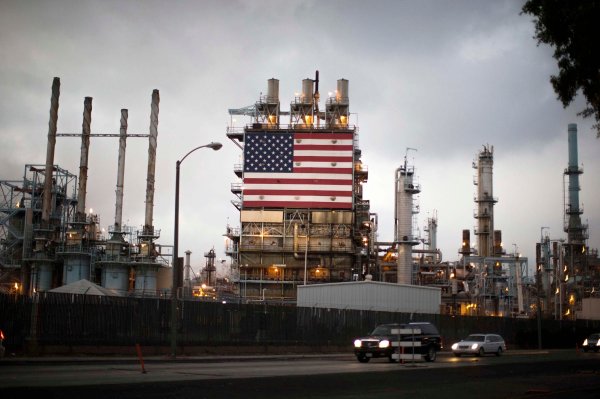 The Oil Weapon
Next Up: Editor's Pick