Back to the Roots

Since 2001, Yi and her Green Life NGO have planted countless numbers of trees
Photograph by Sean Gallagher for TIME
By Emily Rauhala / Kulun

Almond orchards once bloomed in Kulun, a parched county in China’s northern Inner Mongolia region. Villagers remember the orchards as lush and white, with petals that fell like snowflakes. When Yi Jiefang first visited Kulun in 2001, she was captivated by the thought of the now absent groves. The image reminded her of springtime in Japan, where she had lived for decades and raised her son. After he died in a motorcycle accident the year before, at the age of just 22, Yi left Tokyo and returned to China, bereft. She wanted to do something to honor the young environmentalist’s memory. He loved trees, so she decided to plant.

At the time Kulun County was under siege, its small farms swamped by waves of sand from the Gobi Desert. The sand swallowed land and seeped into the threadbare hotel room Yi had turned into a temporary base. Too late for orchards, the farmers told her—the earth was too far gone. “It’s like a body,” says Yi, now 65. “You can’t bring it back to life.”

For more than a decade, though, she has done little else but try. Using the money from her son’s insurance claim, she founded a nonprofit called Green Life that is dedicated to planting trees. Her first few seasons were disastrous: saplings shriveled and were blown away by harsh, dry winds. She was frustrated but pushed ahead; she needed a project big enough to distract her from her gnawing grief.

For an office worker from Shanghai, Kulun was an education. The region was once grassland and home to nomadic herders. As the population grew, an ever greater area was cleared to make way for agriculture. During the Great Leap Forward, Mao Zedong’s disastrous attempt to quickly modernize China’s economy in the late 1950s, peasants used scarce foliage to stoke the fires that turned scrap metal to steel. Now factories and water-sucking coal plants dot the landscape, and experts worry that climate change will reduce rainfall, compounding Kulun’s woes.

It’s a story playing out across China. More than three decades of rapid development have wreaked havoc on the environment. Unchecked industrialization has tainted the country’s air, earth and water, threatening both the economy and public health. The World Bank estimates that environmental degradation and resource depletion cost China 9% of its gross national income in 2008. A Global Burden of Disease study published by the Lancet found that air pollution contributed to 1.2 million premature deaths in 2010. In many parts of northern China, dirty air blankets cities in a soupy smog, turning day to night.

Desertification is a huge factor. Northern China’s toxic air is thickened with sand. In 2011, China’s State Forestry Administration estimated that over 27% of the country—some 2.6 million sq km—was undergoing desertification, affecting about 400 million people. In 2013 a weeks-long spell of extreme air pollution—dubbed the “airpocalypse” in English—spurred official promises to double down on the pollution fight. China spends about $13 billion a year on tree-planting, including an initiative known as the Great Green Wall. Launched in 1978 and slated to continue until 2050, it aims to plant nearly 36 million hectares of trees across 4,500 km of northern China, theoretically thwarting the desert’s southward march.

Yi sees her work as an extension of this vision. She splits her time between her home in Shanghai, where Green Life has a small office, and Inner Mongolia, where she works with the local government, forestry experts and villagers, as well as volunteers who fly in from across China and around the world. Their efforts are supported by corporate donors as well as private grants, including several from parents who, like Yi, have lost a child. In Kulun the effort has yielded tidy rows of poplar or pine. They are not as elegant as almond orchards, but the oldest trees are straight and tall. The youngest are tiny and windblown, sticks bobbing on a sea of sand. Yi inspects them with the pride of a new mom. “These ones are the youngest!” she says. “Come, look at this!”

Tree-planting has its critics. Researchers note that many trees die, and dust storms persist. Jiang Gaoming, an ecologist at the Chinese Academy of Sciences, once likened tree-planting to the story of the emperor with no clothes—as in nobody wants to say it won’t work. Studies have spotlighted the dangers of plantations with just one kind of tree as they lack biodiversity and are more vulnerable to disease. Researchers worry, too, that thirsty roots may further deplete groundwater. Some even wonder if it would be better to do nothing and let the ecosystem recover naturally. Yi disagrees. Such a program is often a matter of trial and error, she says, and Green Life is now experimenting with native shrubs. Besides, says Yi, tree-planting raises environmental awareness.

The work is hard, but she sticks to it for those moments of grace when she feels close to her son amid the trees. After a long day touring sites near Kulun, we stop the car. The scene is otherworldly: white, rippling dunes framed by fading light. To one side is her fledgling forest, to the other, a stark expanse of scrub and sand. Says Yi, smiling, her eyes wet: “Isn’t it beautiful?” —With reporting by Gu Yongqiang / Kulunn 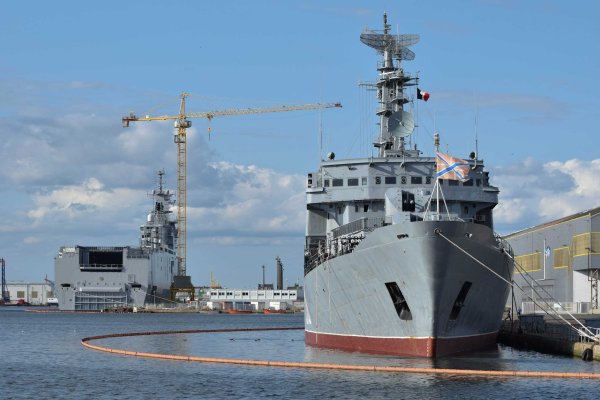 France Says Conditions Not Right to Deliver Warships to Russia
Next Up: Editor's Pick