Why Tim Cook's Coming Out Is the Most Meaningful to Date

Tim Cook, the CEO of Apple, has spoken publicly about his sexuality in a Bloomberg Businessweek op-ed, writing, “I’m proud to be gay, and I consider being gay among the greatest gifts God has given me.” It’s the most forceful declaration of self we’ve seen by a gay person in recent memory — one that presents being gay as something legitimately different from being straight, and no worse for that. It’s an inspiring new way to come out.

To be fair, Cook’s sexuality has been such an open secret that it’s legitimate to question if this is even a coming-out. The hard lines around “coming out” — traditionally the process by which someone tells the world for the first time that one is gay — have been eroded by the openness of the press, and the relaxing of stigmas around homosexuality have made it far less taboo to write about a person’s sexuality before their explicit say-so. This is the first time Cook has spoken so openly about being gay; that has hardly stopped the press from, without evident malice or homophobia, including him on an Out power list of gay celebrities or, at the time of his appointment as Steve Jobs’ replacement, calling him “the most powerful gay man in America.” Though the mainstream press has been more reticent, with a New York Times article this May asking where the openly gay CEOs were, some segments of the press covered Cook’s sexuality as they would his race or gender, as an unremarkable fact about him.

Other coming-outs, like that of Anderson Cooper in 2012, have followed a similar script: that the public figure’s sexuality is unremarkable, neither here nor there, worthy of acknowledgment solely as a biographical detail. Cooper, a CNN anchor, wrote in a public letter to the blogger Andrew Sullivan, “In a perfect world, I don’t think it’s anyone else’s business, but I do think there is value in standing up and being counted.” In his declaration of his sexuality, there was a strong undertone of reluctance: this shouldn’t be necessary, as it had little to do with Cooper’s identity. Even in coming out, Cooper spent far more time describing his life as a journalist, which he insisted was not colored by his life experiences, than he did acknowledging his sexuality. So, too, did Neil Patrick Harris, in 2006, express his annoyance at the “speculation and interest in my private life and relationships” even while finally discussing them with the press. In her 2013 speech at the Golden Globes, Jodie Foster acknowledged her former partner while framing any and all inquiries into her private life as forcing her into the position of “Honey Boo Boo Child,” a reality-show entertainer.

Tim Cook has set a new paradigm, describing his sexuality as not merely a small aspect of himself that he needs to get through talking about, but as central to his identity. “Being gay has given me a deeper understanding of what it means to be in the minority and provided a window into the challenges that people in other minority groups deal with every day,” writes Cook. “It’s made me more empathetic, which has led to a richer life.”

Some will likely grouse that Cook’s silence for so long dulls the impact of his coming out now, at age 53. And his own essay presents the same privacy arguments we’ve heard before, before explaining that this was, indeed, a difficult choice. Past celebrity coming-out declarations have had a certain breeziness to them, as though the stars decided they might as well finally entertain the press’ endless inquiries. Cook’s desire not to acknowledge his sexuality, he writes, stemmed from his fear that it would overtake all other aspects of his persona in the public eye. “I’m an engineer, an uncle, a nature lover, a fitness nut, a son of the South, a sports fanatic and many other things.”

But it’s a sign of how much society has changed even since 2012 that Cook is finally able to present the somewhat revolutionary idea that being gay is not just the same as being straight — that it is not a simple aspect of one’s makeup. It changes the way one views the world, as Cook writes. It also compels one forward to take part in a cause larger than oneself. As Cook writes, citing the civil rights legacies of Martin Luther King Jr. and Robert F. Kennedy, “We pave the sunlit path toward justice together, brick by brick. This is my brick.” 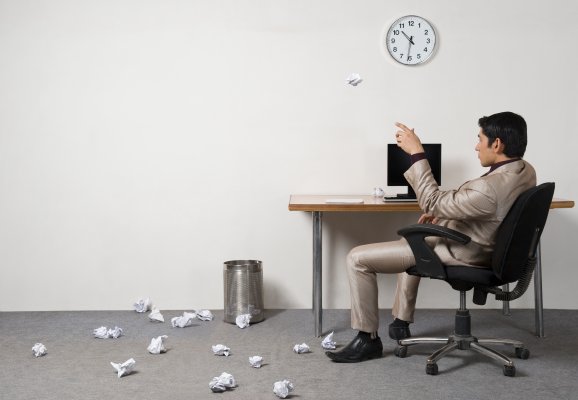 How to Never Be Bored Again: 5 New Secrets From Research
Next Up: Editor's Pick