The Union flag is seen flapping in the wind in front of one of the faces of the Great Clock atop the landmark Elizabeth Tower that houses Big Ben at the Houses of Parliament.
Justin Tallis—AFP/Getty Images
By Jack Linshi

A United Kingdom advertising authority recently gave the country’s businesses a refresher on which words are kosher to use in advertisements.

The Committees of Advertising Practice (CAP) updated its guidelines this month on offensive language in non-broadcast ads, but the CAP emphasizes that its recommendation on language “does not constitute legal advice.”

Here’s what’s been given the OK in the U.K.:

The only set-in-stone rule is that “advertisements should contain nothing that is likely to cause serious or widespread offense,” and that compliance with the code is judged on context, according to the U.K. Advertising Standards Authority, which administers CAP’s guidelines. As a result, ads banned for offensive content are mostly done so after they’ve aired.

Stateside, it’s a similar story but without specific recommendations. Broadcast advertisements are regulated by the Federal Communications Commission (FCC), which bars obscene, indecent and profane content. Profanity is defined as “language so grossly offensive to members of the public who actually hear it as to amount to a nuisance,” according to the FCC’s guidelines. Like in the U.K., the FCC welcomes public complaints, but offensive ads are removed only after complaints.

That doesn’t meant that U.S. advertisers aren’t allowed to flirt with language that may be somewhat profane, though. Advertisers are now using more daring language as a means to attract younger audiences, according to the New York Times. Here are two ads that just made the cut: 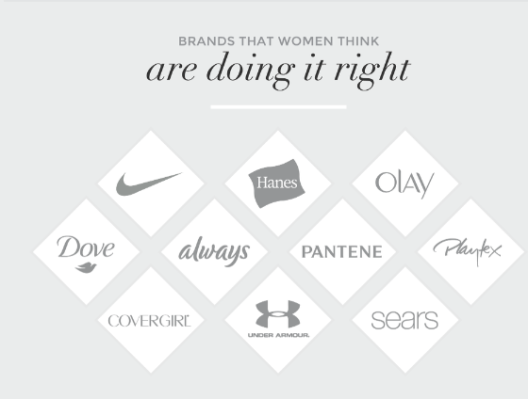 Here's How Women Respond to All Those 'Female Empowerment' Ads
Next Up: Editor's Pick