The Capabilities of the Afghan Military Are Suddenly a Secret

For years, American taxpayers have been able to chart how well the Afghanistan security forces they’re funding are faring, because “capability assessments” detailing their progress have been routinely released.

As the U.S. military prepares to withdraw most of its 34,000 troops still in Afghanistan by the end of this year, the American-led command there has suddenly made such information secret.

Classifying the data “deprives the American people of an essential tool to measure the success or failure of the single most costly feature of the Afghanistan reconstruction effort,” John Sopko, the Special Inspector General for Afghanistan Reconstruction, says in Thursday’s quarterly report to Congress. “SIGAR and Congress can of course request classified briefings on this information, but its inexplicable classification now and its disappearance from public view does a disservice to the interest of informed national discussion.”

A U.S. Army spokesman says the International Security Assistance Force in Afghanistan decided to classify the capability ratings as part of its “responsibility to protect data that could jeopardize the operational security of our Afghan partners” as they assume “full security responsibility” for their country’s defense.

U.S. taxpayers have spent more than $50 billion training and outfitting Afghan security forces. In the prior quarterly report, issued in July, the IG used the then-available-but-now-classified data to report that 92% of Afghan army units, and 67% of Afghan national police units, were “capable” or “fully capable” of carrying out their missions.

Capability ratings like these from July are now classified.
Special Inspector General for Afghanistan Reconstruction

“The Afghan National Security Forces [ANSF] capability assessments prepared by the [U.S. and NATO-led] International Security Assistance Force Joint Command have recently been classified, leaving the Special Inspector General for Afghanistan Reconstruction without a critical tool to publicly report on development of the ANSF,” the report says. “This is a significant change.”

The capabilities of Afghan forces become more important as the U.S. and its allies pull out, leaving local troops to battle the Taliban largely on their own. There are reports that Taliban forces are gaining ground in southern Afghanistan’s Helmand province, vacated earlier this week by U.S. Marines and British troops, and in the northern part of the country.

Past SIGAR reports have used summary data about major Afghan units’ readiness, sustainability and other measurements to trace their progress. More detailed reporting on smaller units has always been classified to keep the Taliban and other insurgents ignorant of Afghan military weaknesses. “It is not clear what security purpose is served by denying the American public even high-level information,” the report says.

“SIGAR has routinely reported on assessments of the Afghan National Army and Afghan National Police as indicators of the effectiveness of U.S. and Coalition efforts to build, train, equip, and sustain the ANSF,” the report says. “These assessments provide both U.S. and Afghan stakeholders—including the American taxpayers who pay the costs of recruiting, training, feeding, housing, equipping, and supplying Afghan soldiers—with updates on the status of these forces as transition continues and Afghanistan assumes responsibility for its own security.”

ISAF made the change an after August review “to address potential concerns about operational security,” Army Lieut. Colonel Chris Belcher said in an email from Afghanistan. He said that such information “could provide adversaries critical intelligence that could be exploited, endangering the lives of our Afghan partners and the coalition forces serving alongside them.” He added that ISAF “will continue to provide SIGAR access to the information necessary to enable the organization to carry out its Congressionally mandated duties.” 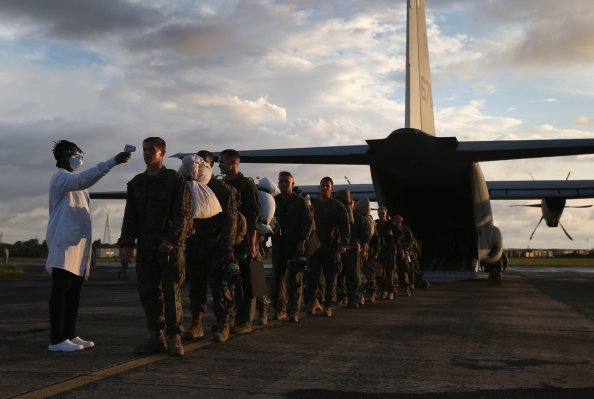