A woman featured in a video that showed her being harassed as walked the streets of New York City has received at least 10 death and rape threats since the video went viral.

Some of the threats have gone directly to Shoshanna Roberts’ personal email accounts, the Wall Street Journal reports.

The video, “10 Hours of Walking in NYC as a Woman,” had over 8.1 million views on YouTube as of late Wednesday afternoon, and many derogatory comments—including one that says “this is exactly why women aren’t supposed to leave the kitchen.”

Despite the backlash, the video, which was created by the anti-street harassment organization “Hollaback!”, has become the latest fodder in an ongoing conversation about street harassment. You can see the video below. 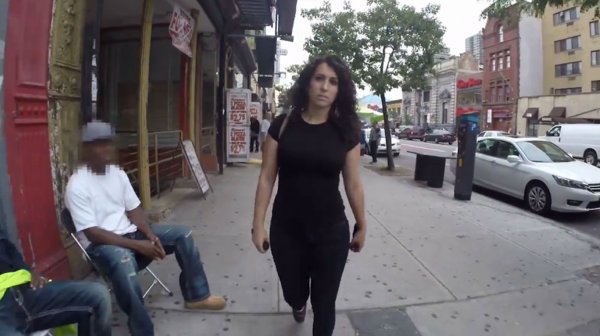 Watch This Woman Get Harassed 108 Times While Walking in New York City
Next Up: Editor's Pick