Of all of the conspiracy loonies currently at large — birthers, truthers and grassy-knollers, we’re looking at you — there are none quite as febrile as the folks who claim the Apollo moon landings were faked. The theory (with apologies to the word “theory”) presumes that all of the 400,000 people directly or indirectly involved in the moon landings schemed in perfect secrecy to pull off the greatest scam in history, and have maintained their silence for more than two generations since the lunar program ended in 1972. It would be easier just to go to the flipping moon.

But what’s preposterous in real life plays for poignant drama in the new film Interstellar — set sometime in the vaguely defined future, when Earth is slowly being suffocated by an unnamed blight and luxuries like space travel are out of the question. To keep people’s minds off the great things humanity once did so they can better accept their sadly reduced state, the U.S. government itself adopts the Apollo hoax story, writing it into all federally approved textbooks. In a movie in which so much takes place in the trackless expanse of space, one of the most affecting scenes plays out in a principal’s office, where a grounded astronaut (Matthew McConaughey) is being told that his daughter has gotten into trouble for spreading the purported lie that yes, in a different age, human boots indeed left prints on another world. 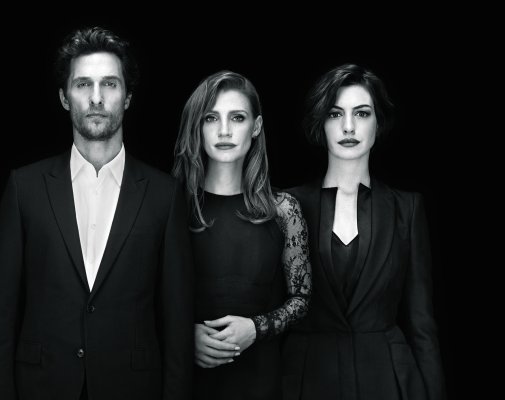 Interstellar, Where No Movie Has Gone Before
Next Up: Editor's Pick