Sandwiches: Eating From Hand to Mouth

“Just a sandwich” may be a standard reply to the what-would-you-like-to-eat question, but clearly in America there is no “just” about a sandwich. Nowhere else in the world are sandwiches taken so seriously, and nowhere else do they make up so large and diverse a culinary discipline. Passions run high in defense of personal favorites and the proper way to make them: Should the bread that holds tuna salad be white or rye, plain or toasted? Is mayonnaise, Russian dressing, butter or mustard the correct spread for ham or turkey or roast beef? Does lettuce have any place at all in a sandwich of sliced meat, and if so, should the lettuce ever be iceberg? The Easterner regards the California predilection for mayonnaise on hamburgers as strictly an aberration, and to true New Yorkers who order street-corner hot dogs with sauerkraut, the New Orleans chili-topped Lucky Dog is just this side of gastronomic madness.

As with so many other things regarded as typically American, the origins of the sandwich lie elsewhere. Already popular in ancient Roman times, it was not officially christened until the mid-18th century, when it was named in honor of John Montagu, the fourth Earl of Sandwich. A dedicated gambler, Montagu one day slapped a slab of meat between two slices of bread so he could eat without getting greasy fingers or being distracted by a fork and knife as he concentrated on the gaming table. This sort of convenience has delighted sandwich fans ever since. Extolling Montagu’s contribution in Getting Even, Woody Allen wrote, “He freed mankind from the hot lunch. We owe him so much.” Other countries dally with sandwiches–France with its croque-monsieur (a grilled ham-and-cheese sandwich), the Danes with their open-faced smorrebrod, which require knives and forks, the Greeks and Middle Easterners with their pita pockets full of lamb or falafel–but only in America has the sandwich been developed to its full potential.

The reason lies in its suitability to the national life-style. Like sneakers and blue jeans, sandwiches are comfortable, adaptable and practical. They can be dressed up with the best beluga caviar and finest Scotch smoked salmon or reduced to the simplest school-lunch-box peanut-butter-and-jelly combination or even a “Fluffernutter” (peanut butter with Marshmallow Fluff, the rage with the kindergarten set). Sandwiches may be dainty, crustless cucumber-and-watercress creations for genteel tea parties or towering copies of the Dagwood, the raid-the-refrigerator construction invented by Blondie’s husband Dagwood Bumstead. Determined to add as much as possible to his nocturnal feast, he was known to include sardines, can and all.

The most important sandwich is undoubtedly the hamburger, whether the thin patty made famous by fast-food chains or the thicker chopped-steak version, epitomized by the specimen at Acorn on Oak, a bar and grill in Chicago. Most familiar among workaday sandwiches are the coffee-shop regulars: bacon, lettuce and tomato, tuna or egg salad, the classic combo of ham and Swiss cheese, grilled cheese and bacon and the lavish club, a three-slice pileup with two “decks” of filling that at its purest includes sliced chicken, bacon, tomato and lettuce. Less orthodox but currently more fashionable in New York City is the $22 club sandwich at the American restaurant Arcadia, where chunks of lobster replace chicken–never mind that the abundance of toast, bacon, tomato and lettuce muffles the lobster’s delicate flavor.

Sandwiches account for the form and popularity of packaged American sliced bread because the uniform slices permit neat, orderly results, easy to hold or wrap. Hero sandwiches, based on the box lunches carried by Italian construction workers, are exceptions to the rule of trimness and are valued for their heft. They have spawned several American variations, known as submarines, torpedoes, grinders, hoagies and, in the South, po’ boys (all the ingredients a poor–and hungry–boy can fit into one sandwich). These in turn are the forerunners of the New Orleans muffuletta, a round hero full of Italian ham, salami, mortadella, provolone cheese and an oily olive, pepper and vegetable salad that is the specialty of the city’s Central Grocery. But the ultimate hero is the six-foot log made famous by the Manhattan cafeteria- restaurant Manganaro’s Hero Boy. Designed to be cut into individual portions for parties, the superhero weighs 22 lbs., feeds “30 hungry men or 40 men and women” and costs $85.95, complete with cutting board and knife.

Of apparently timeless, nonregional appeal is the Reuben, a grilled combination of sauerkraut, corned beef and Swiss cheese served on sourdough pumpernickel. This pungent creation has been attributed to Reuben Kay, a wholesale grocer in Omaha who invented it for a weekly poker group. Another theory gives credit to Arnold Reuben, whose New York restaurant, a superdeli of the ’40s and ’50s, featured lofty and complex sandwiches named for celebrity regulars. One example: a combination of cream cheese, bar-le-duc (white currant jam), tongue and sweet pickles on whole wheat was inexplicably the Frank Sinatra.

No fans are more loyal to sandwiches than children. Their parents may feel that hot food on a plate is more nutritious than a fast cold meal, but children at school cafeterias can be observed making sandwiches out of everything, including spaghetti with meat sauce stuffed into hamburger buns, so they can eat quickly and have time to play.

In an expanse of land as large and varied as the U.S., it is no surprise that there are many regional sandwich specialties. Philadelphia touts its cheese-steak, wafer-thin and watery beef with fried onions on a long roll, gooey with melted orange cheese. A barbecue sandwich in North Carolina means shredded pork in sauce piled on a hamburger bun with a mound of coleslaw. Maine and Massachusetts, with their abundance of fresh ocean shellfish, are celebrated for the lobster roll. Heaped with fresh chunks of briny lobster lightly bound with mayonnaise (celery is considered by most a heretical addition), it is usually made on hamburger or hot dog rolls, the latter being the vehicle at the Lobster Claw Restaurant (known locally as Mabel’s) in Kennebunkport, Me. At other outposts the lobster meat is hot and drizzled with melted butter oozing such golden richness that the sandwich is almost impossible to handle. Almost!

New York City’s most renowned sandwiches are based on the East European- Jewish delicatessen meats, corned beef and pastrami, and the high priest of the genre is Leo Steiner, who oversees the action at the Carnegie Delicatessen & Restaurant. Half a pound of meat or more is thinly sliced and deftly layered between slices of seeded rye bread. “Not just anyone can build a sandwich like this,” says Steiner. “It has to be many thin slices folded at the edges so there is the right texture, and the meat must be even on the bread so the customer doesn’t bite through empty sides. That takes training.” Nor can just anyone open a mouth wide enough to bite into one of those beefy extravaganzas. That takes training too, as does the capacity to ingest a complete sandwich at a single sitting. No wonder many customers take home uneaten halves for later meals.

Sandwiches even inspire a special lingo used by coffee-shop and deli personnel to relay orders to the sandwichmen behind the counter. Because pastrami can sound a lot like salami when shouted out in a busy, noisy dining room, it is known as “pistol.” A “pistol with a shot” means that coleslaw will be added. If the cus- tomer wants his sandwich on rye toast, the waiter hollers “whiskey down.” A pistol “dressed” indicates that Russian dressing is to be used, and anyone discovered eating pastrami that way in a New York delicatessen can expect to earn the sort of insult the late Zero Mostel is said to have hurled when he heard such a concoction being ordered. As the legend goes, the great comic stood up in the jam-packed room, pointed a finger at the offender and screamed, “Get out of this restaurant!” Which shows how seriously Americans take their almost-taken-for-granted favorite. 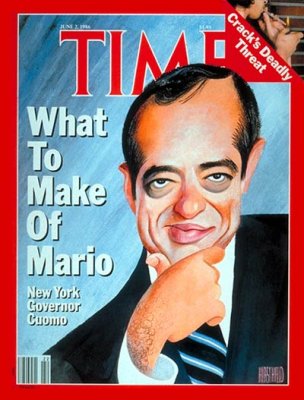