Two new studies exploring the genetic basis of autism tie mutations in hundreds of genes to the disease.

Several teams of researchers collaborated on the studies, both published in the journal Nature, and found that about 60 of the genes are considered “high confidence,” meaning there’s a 90% chance that mutations within those genes contribute to risk for autism. Both studies show through genomic sequencing that many of these mutations are de novo, meaning that parents do not have the gene mutation, but they present spontaneously just before a child is conceived in either the sperm or egg.

It’s long been believed that autism is genetic, but a lack of large studies and advanced genomic sequencing has precluded any sort of consensus about what genes might be at play. But in the last couple years, scientists have been able to look at the genetic mutations in hundreds of people with autism and identify genes that likely factor into a child’s development of the disorder. In the two new studies, scientists were able to expand their work and look at thousands of people.

In one of the studies, several institutions used data from the Simons Simplex Collection (SSC), which is a collection of DNA samples from 3,000 families. In each of the families, one individual had autism. The researchers compared the gene sequences of the individual with autism to their unaffected family members. After analysis, they estimated that de novo mutations contribute to autism in at least 27% of families, where only one member has the disorder.

The other study, by researchers at 37 different institutions as part of the Autism Sequencing Consortium, looked at 14,000 DNA samples of parents with affected children. It found 33 genes the researchers say definitely increase risk for autism, should there be a mutation.

Even though there may be hundreds or even thousands of genes that contribute to a child’s risk of developing autism, the researchers on both studies found that the mutations appear to converge on a much smaller number of biological functions, like nerve-cell communication or proteins known to cause inherited disability. “In my view, the real importance of these studies is not diagnosis, and it’s not figuring out exactly what percentage of people have de novo mutations, it’s about laying the foundation to transform the understanding of the biological mechanisms of autism,” says Dr. Matthew State, chair of the psychiatry department at University of California, San Francisco and a co-leader of the SSC study, as well as a senior participant on the other study.

State doesn’t believe that the findings will mean that families will one day get their genomes sequenced to spot hundreds of possible mutations. Instead, they could lay the groundwork for discovering how autism develops, and what potential treatments, or even drugs, could help fight it. 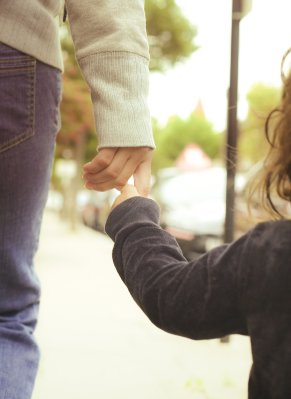 Autistic Kids May Benefit From This Kind of Parent-Led Therapy
Next Up: Editor's Pick