A Kurdish Peshmerga soldier reaches out his hand to supporters, at the Ibrahim Khalil border crossing, in the Northern Kurdish Region of Iraq, Oct. 29, 2014.
Bram Janssen—AP
By Piotr Zalewski

Kurdish fighters in the besieged Syrian town of Kobani welcomed the arrival of a vanguard of fighters from Syria and Iraq on Wednesday, despite fears that the reinforcements are too small to end the siege.

Around 50 troops from the Syrian Free Army crossed into Kobani from Turkey on Wednesday, to stiffen the town’s resistance to fighters from the Islamic State in Iraq and Greater Syria (ISIS).

Also on Wednesday, a convoy dispatched by the Kurdistan Regional Government (KRG) in northern Iraq carrying supplies, weapons, and 70 peshmerga, or Kurdish fighters, crossed into Turkey and began making its way to Kobani by road. A separate group of 80 peshmerga arrived by plane in the Turkish town Sanliurfa, an hour’s drive from the Syrian border, before dawn.

The peshmerga will have their own command structure, according to KRG spokesman Safeen Dizayee, but they will coordinate with U.S. Syrian Kurdish forces. They will not be involved in direct combat, he added, but will instead provide “artillery backup” for the city’s defenders. “Targeting will be provided by forces operating on the ground.”

Anwar Muslim, the head of the local government of Kobani, said he was confident that the arrival of the troops from Iraq and Syria would help end the almost month-long siege. U.S. airstrikes in Kobani and ground attacks by the Kurdish militia defending the city had destroyed “about 70% of Daesh’s heavy artillery weapons,” he told TIME, referring to ISIS by its Arabic acronym. “The peshmerga will give us huge support and perhaps now we’ll finish the job in a very short time.”

But the arrival of a small contingent of soldiers is not guaranteed to stop ISIS from taking over the town. Sinan Ulgen, a former diplomat and visiting scholar at the Carnegie Endowment for International Peace, cautioned against premature optimism. “As long as there’s no additional pressure on ISIS elsewhere, they will continue to reinforce their forces near Kobani,” he said. “Without a more comprehensive strategy to combat ISIS, this is not a permanent solution. Kobani may still fall.”

The U.S. said it carried out eight airstrikes near Kobani on Tuesday and Wednesday but it is limited by Turkey’s refusal to allow the U.S to carry out combat missions from NATO bases in Turkey.

Ulgen said that Turkey would not do more to fight ISIS unless the U.S. commits to eliminating the regime of Syrian President Bashar al Assad. “A real game changer,” he said, “would be for the U.S. and Turkey to come to terms about the main elements of campaign against ISIS.”

For over a month, Ankara refused calls to relieve the outgunned Kurdish forces in Kobani, insisting that the militia was little more than the Syrian arm of the Kurdistan Workers Party (PKK), which Turkey, the U.S. and the E.U. list as a terror group. “For Turkey, the PKK and ISIS are the same,” President Recep Tayyip Erdogan said earlier this month.

On Oct. 20, after the U.S. parachuted weapons to the Kurds in Kobani, the Ankara government announced that it would finally allow Kurdish troops from Iraq to cross Turkey to aid fighters in Kobani.

“For Turkey, regardless of whether its hand was forced by the U.S., this was a smart move,” says Mr. Ulgen. The deployment will help Turkey deflect claims that it has been appeasing ISIS, he says, and change the balance of forces on the ground to its advantage.

“Erdogan and the government didn’t want to be seen as directly helping a PKK linked group,” he says. “With the peshmerga now on the ground, it will be easier to give a green light to further logistical aid to Kobani.” 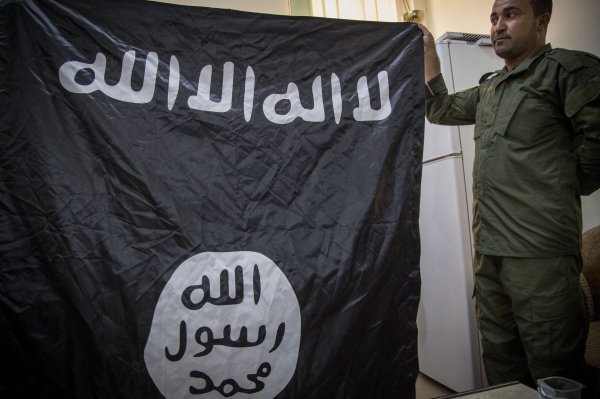