This image provided by NASA shows the Orbital Sciences Corporation Antares rocket, with the Cygnus spacecraft onboard suffers a catastrophic anomaly moments after launch from the Mid-Atlantic Regional Spaceport Pad 0A, Tuesday, Oct. 28, 2014, at NASA's Wallops Flight Facility in Virginia.
Joel Kowsky—AP
By Melissa Locker

Ed Sealing was up in a Cessna airplane hoping to get a glimpse of a rocket launch at NASA’s facility in Wallops Island, Va. “I’ll be honest, I’ve never seen a rocket launched before,” Sealing told USA Today. “And I still haven’t…. It was definitely dramatic.”

Sealing had the camera on his iPad rolling when the launch turned into a dramatic and unfortunate series of explosions that blew apart the unmanned Orbital Sciences Corp.’s Antares rocket and Cygnus cargo module. “I just kind of thought, that’s not right, something’s wrong there,” Sealing said. “Then there was a second big explosion.”

Sealing was able capture it all and posted the footage to YouTube where it has quickly racked up hundreds of thousands of views.

While no one was hurt in the explosion, the cargo rocket was carrying 5,000 pounds of experiments and equipment for NASA, including food supplies for the astronauts in the International Space Station.

The cause of the explosion is still unknown. 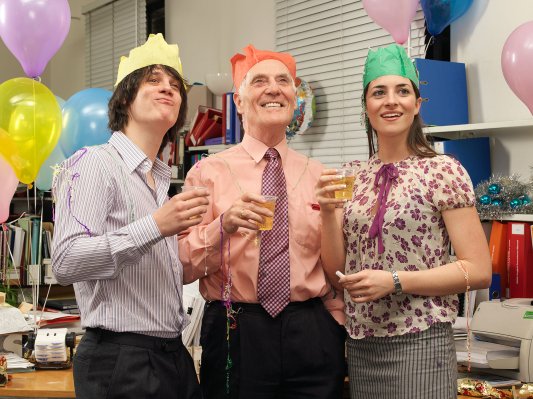 Stock Footage of Office Parties Makes for a Surprisingly Pleasing Rap Video
Next Up: Editor's Pick