U.S. troops who are returning from Ebola missions in West Africa will be kept in supervised isolation for 21 days upon their return home, Defense Secretary Chuck Hagel said Wednesday.

Military leaders recommended the 21-day quarantine, which goes beyond precautions advised by the Obama Administration for civilians, the Associated Press reports. President Obama has said that the military’s situation is different, however, partly because the troops are not in West Africa by choice.

“The secretary believes these initial steps are prudent given the large number of military personnel transiting from their home base and West Africa and the unique logistical demands and impact this deployment has on the force,” the Defense Department said in a statement.

Hagel said his order was in response to a recommendation sent to him Tuesday by Army Gen. Martin Dempsey, chairman of the Joint Chiefs of Staff. The policy will be up for review in 45 days.

About 1,000 U.S. troops are in Liberia and Senegal supporting efforts to combat and contain the virus. Some returning soldiers were put on a 21-day quarantine earlier this week. 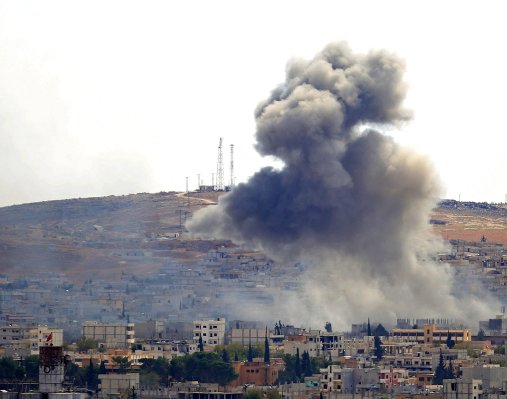 What the Failure of ISIS to Take Kobani Means
Next Up: Editor's Pick