What Charles Barkley Gets Wrong About Race

Charles Barkley is on the griddle for suggesting too many black people think it’s white to be successful. Barkley said that such people think “it’s best to knock a successful black person down ’cause they’re intelligent, they speak well, they do well in school, and they’re successful. It’s crabs in a barrel … We’re the only ethnic group that says, ‘Hey, if you go to jail, it gives you street cred.’”

Bleacher Report’s Mike Freeman had posed, based on his own locker-room interviews, that part of the reason Seattle Seahawks quarterback Russell Wilson’s teammates don’t like him is that “some of the black players think Wilson isn’t black enough”—Wilson is “well spoken.” Barkley agreed with Freeman; controversy was officially sparked. But too many people who agree either with Barkley or Wilson’s teammates are off-base; the truth is somewhere in the middle, and it forces us to look squarely at some things many find awkward.

A standard response for people inclined to agree with Barkley would be something like, “Yeah, that’s right. What’s ‘black,’ anyway? There’s no ‘black’ way to talk. There’s no way for somebody to ‘blacker’ than somebody else.” But there is. I don’t know how many black people think it’s “black” to go to jail, but that doesn’t mean there’s no such thing as black—or blacker.

We are trained to think it’s stereotyping to say that. And indeed, all black people do not exhibit black cultural traits to the same extent. But the traits exist. Example: linguists have documented that one can indeed sound black. Both white and black Americans can almost always immediately tell whether someone is black on the phone even when the subject matter is race-neutral and there is no “slang” involved. And black speech is not the same as white Southern—who really thinks Jeff Foxworthy talks the same way as Tracy Morgan?

And then, wouldn’t it be strange if black culture somehow consisted only of speech? Like any culture, black culture also includes favorite foods, modes of dance, senses of humor (Black Twitter, anyone?), religious traditions, dress fashions and aspects of carriage and demeanor. This is what black culture is. To pretend the entire conception is a stereotype because people exhibit it to varying degrees is to dismiss generations of scholarship and art lovingly documenting exactly this culture. Blackness is beyond skin color.

If their reported sentiments are true, then Wilson’s teammates are not wrong in sensing that Wilson is less black in how he talks. Where they are wrong is in having a problem with it. Too many black people hear someone like Wilson talking and make a quick assumption that because he’s less rooted in cultural blackness than they are, he must not like them. Or that he has somehow denied a part of his real self. This belief is dead wrong, both as fact and because of where it leads.

The fact part: legions of black people wearing the culture more lightly than Wilson’s teammates love black people of all kinds quite deeply, thank you very much. And very few of them are under the impression that they are white, a tough notion to maintain in front of a mirror.

From there it’s a short step to thinking that things not associated with black talk—like school—are white and therefore disloyal. That helps drag black kids’ grades down (and studies have not disproven that, despite a certain hype). Also, if you think straying from black culture means you’re antiblack or not “real,” then there follows the idea that true blackness means holding back from reaching out beyond the black world for much of, well, anything. Some years ago in a truly unpleasant reality show, Black. White., a black family posed as white while a white family posed as black; the black guy told the white guy—proudly!—that real black people don’t stand up straight and aren’t curious.

So telling people like Wilson’s teammates that there’s no such thing as someone being less black than someone else is just not true. What’s sloppy, dangerous and backward is calling someone not black enough.

McWhorter is an associate professor of English and comparative literature at Columbia University. He is the author of What Language Is (and What It Isn’t and What It Could Be), The Power of Babel: A Natural History of Language, Authentically Black and Winning the Race: Beyond the Crisis in Black America, among other books.

Most Popular on TIME
1
‘You Bet Your Ass I've Got Regrets.’ As Election Day Nears, More of Trump’s Former Officials Are Speaking Out Against Him
2
Everything You Need to Know About Nurse Ratched Before Watching the New Netflix Show
3
Narendra Modi Is on the 2020 TIME 100 List 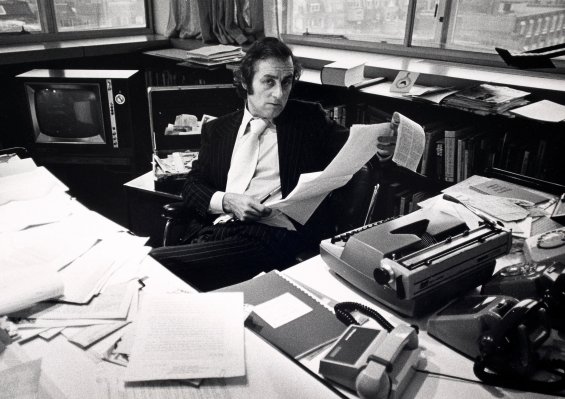