Review: Interstellar Shows the Wonder of Worlds Beyond

“We’ve forgotten who we are,” says Matthew McConaughey’s Cooper. “Explorers, pioneers — not caretakers.” That could be Christopher Nolan speaking about movies in this timid age of old genres endlessly recycled and coarsened. He’s the rare filmmaker with the ambition to make great statements on a grand scale, and the vision and guts to realize them.

Nolan is also a consummate conjuror. Memento, his amnesiac movie, ran its scenes in reverse order. In The Prestige, magicians devised killer tricks for each other and the audience. Inception played its mind games inside a sleeper’s head, and the Dark Knight trilogy raised comic-book fantasy to Mensa level. But those were the merest études for Nolan’s biggest, boldest project. Interstellar contemplates nothing less than our planet’s place and fate in the vast cosmos. Trying to reconcile the infinite and the intimate, it channels matters of theoretical physics — the universe’s ever-expanding story as science fact or fiction — through a daddy-daughter love story. Double-domed and defiantly serious, Interstellar is a must-take ride with a few narrative bumps.

In the near future, a crop disease called “the blight” has pushed the Earth from the 21st century back to the agrarian 1930s: the world’s a dust bowl, and we’re all Okies. In this wayback culture, schools teach that the Apollo moon landings were frauds, as if America must erase its old achievements in order to keep people from dreaming of new ones.

Farmer Coop, once an astronaut, needs to slip this straitjacket and do something. So does his daughter Murphy (Mackenzie Foy); she’s getting “poltergeist” signals from her bookshelves. A strange force leads them to a nearby hideout for NASA, whose boss, Dr. Brand (Michael Caine), drafts Coop to pilot a mission to deep space. With Brand’s daughter Amelia (Anne Hathaway) and two others as his crew, Coop is to find a wormhole near Saturn that may provide an escape route for humanity. “We’re not meant to save the world,” Brand says. “We’re meant to leave it.”

Coop, a widower, wasn’t meant to leave his children. Son Tom (Timothée Chalamet) can manage; but the precocious Murph sees abandonment and betrayal in Dad’s journey to save billions of humans. Coop, who thinks a parent’s main role is to be “the ghosts of our children’s future,” shares Murph’s ache. He needs her. He goes out so he can come back.

What’s out there? New worlds of terror and beauty. Transported by the celestial Ferris wheel of their shuttle, Coop and the crew find the wormhole: a snow globe, glowing blue. One planet it spins them towards has a giant wall of water that turns their spacecraft into an imperiled surfboard. Another planet, where treachery looms, is icy and as caked with snow granules as Earth was with dust. Interstellar may never equal the blast of scientific speculation and cinematic revelation that was Stanley Kubrick’s 2001: A Space Odyssey, but its un-Earthly vistas are spectral and spectacular.

It’s not just that the rules of advanced physics, as tossed out every 15 minutes or so, are beyond the ken of most movie-goers. It’s also that some scenes border on the risible — a wrestling match in space suits — and some characters, like Amelia, are short on charm and plausibility. In story terms, her connection with Coop is stronger than that of the two astronauts in Gravity. But Sandra Bullock and George Clooney gave their roles emotional heft, in a film more approachable and affecting than this one.

With Interstellar, Nolan’s reach occasionally exceeds his grasp. That’s fine: These days, few other filmmakers dare reach so high to stretch our minds so wide. And our senses, all of them. At times, dispensing with Hans Zimmer’s pounding organ score, Nolan shows a panorama of the spacecraft in the heavens — to the music of utter silence. At these moments, viewers can hear their hearts beating to the sound of awe. 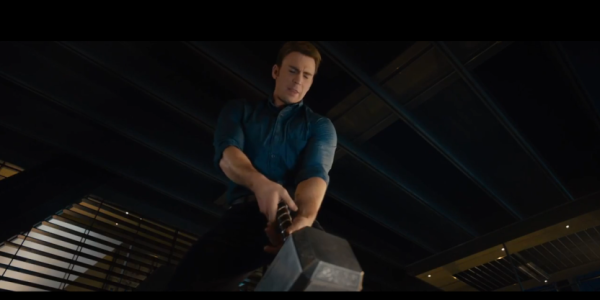