Americans Are More Afraid of Being Hacked Than Getting Murdered

Americans are more worried that their credit card information will be stolen by hackers than they are about being murdered, sexually assaulted or having their home targeted by a burglar, according to a Gallup poll released this week.

Sixty-nine percent of Americans said they frequently or occasionally worry about having credit card information they use in stores stolen by computer hackers, making hacking by far the most feared crime in the United States, according to the poll. The second-ranking crime that Americans worry about is having their computer or smartphone hacked, with 62% of Americans occasionally or frequently worried about such a breach.

Target, Home Depot and Neiman Marcus have all reported massive hacks in the past year, affecting many millions of customers. Fully one quarter of Americans say they or someone in their household has had information from a credit card used at a store stolen by computer hackers during the last year. 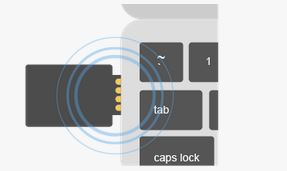