The old saying that money can’t buy happiness? Not true, it turns out. But you have to spend strategically if you expect the Benjamins to put a smile on your face.

Buy moments, not stuff. According to Dan Gilbert, Harvard University psychology professor and author of Stumbling on Happiness, the key is to spend your money on experiences rather than material things. Material things, even if they’re expensive or you wanted them badly, tend to lose their luster after a while, literally and figuratively. Memories of people, places and activities, however, never get old. In a survey, Gilbert found that 57% of respondents reported greater happiness from an experiential purchase. Only 34% said the same about a material purchase.

Spend on others. In a study published this year, Harvard University researchers conducted experiments and found out that spending money on others (called “prosocial” spending in academic jargon) boosts people’s emotional and physical well-being.

“The benefits of prosocial spending… extend not only to subjective well-being but objective health,” they write. Despite people’s intuitions and inclinations to the contrary, one of the best ways to get the biggest payoff personally from a windfall of $20 is to spend it prosocially.”

Buy small splurges. Dropping a ton of cash on someting extravagent doesn’t give you the same bang for your buck because, no matter how special it is at first, you get used to having it over time and it becomes just another object. “Giving yourself inexpensive indulgences is a clever way to gather up lots of bursts of happiness,” a recent Business Insider article suggests, citing Gilbert’s research.

Buy what you like. No keeping up with the Joneses — that’s not going to make you happy. “There are a lot of reasons someone might buy something… but if the reason is to maximize happiness, the best thing for that person to do is purchase a life experience that is in line with their personality,” Ryan Howell, an associate psychology professor San Francisco State University, tells Forbes. Howell recently co-authored a study finding that when people spend money just to project or uphold a certain image, it doesn’t bring happiness.

Spend with others. You might think spending money on things or activities you do by yourself will make you happy, but a recent study in Psychological Science says that tactic can backfire. “To be extraordinary is to be different than other people, and social interaction is grounded in similarities,” says Gus Cooney , Harvard University research assistant and lead author of the study.

Doing things with friends or family, even if it’s not as exciting, makes you happy because it fosters a sense of togetherness and connection between you and other people. “The guy who had the extraordinary experience had a harder time fitting in,” Cooney tells The Atlantic. 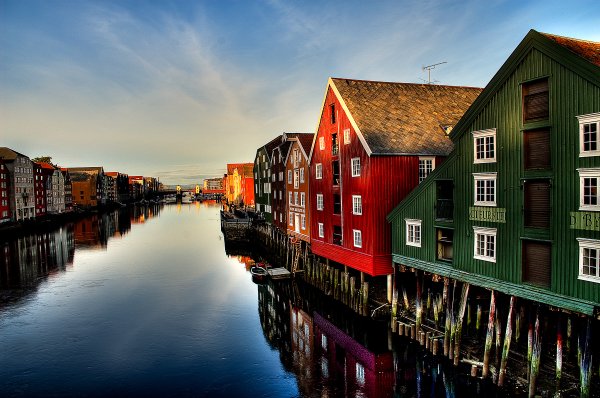 The 10 Most Livable Countries in the World
Next Up: Editor's Pick