In an appearance Tuesday on The Tonight Show with Jimmy Fallon, the boy who lived became the man who rapped, with an incredible interpretation of Blackalicious’ Alphabet Aerobics. By any measure an extremely difficult rap to repeat, Alphabet Aerobics employs a heavy dose of mouth-numbing consonance as it wends its way through each letter of the alphabet. But Radcliffe proved himself a wizard on the mic, barely dropping a syllable.

As impressive as Radcliffe’s performance is, the most enjoyable part of the video might just be Fallon’s exuberant head bobbing, especially by the letter “S”. A scintillating spectacle, stunning spectators, especially the show’s sign-squeezing emcee? Radcliffe and Blackalicious can take it from there. 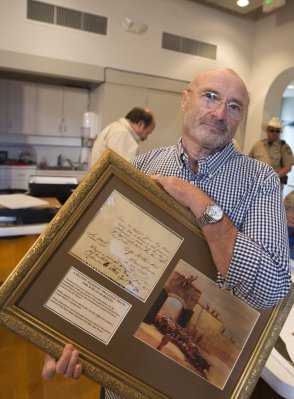 Phil Collins Brings Alamo Artifact Collection Back to Texas
Next Up: Editor's Pick