Asteroid in a Bag? Bag it, Says MIT Space Scientist

MIT planetary scientist Richard Binzel calls himself an “asteroid guy.” He’s been studying the rocky planetoids for decades now, so you might think he’d be thrilled with NASA’s plan to snag a very small asteroid in a very large bag and tow it into lunar orbit for astronauts to visit.

In fact, he’s anything but. At a talk last summer, Binzel called the Asteroid Return Mission (or ARM) “the emperor with no clothes, or at best with very thin cloth.” And now he’s written a commentary in the latest issue of Nature laying out his objections in greater detail, but also proposing an alternative. Instead of bringing one of the solar system’s uncounted asteroids to us, he says, we should send astronauts to visit them in a program that could ultimately lead to the goal people have been looking toward since the Space Age began: sending astronauts to Mars.

“In fairness,” Binzel says, “NASA doesn’t really know what to do with its hardware.” That’s never a good thing. Back in 2010, President Obama officially killed the plan to send astronauts back to the Moon and began pushing instead for a visit to an asteroid by 2025. “NASA took that as a mandate,” says Binzel. When they realized they couldn’t pull it off by then with the available budget, he says, they came up with ARM, which quickly became known as “Asteroid in a Bag”—a term that suggests the space community didn’t exactly take it seriously.

But asteroids are whizzing by Earth all the time, and we don’t know about most of them. “The ones we’ve detected so far,” says Binzel, “aren’t the tip of the iceberg. They’re the snowflake on the tip of iceberg.” An asteroid a few miles across can cause the sort of planetwide catastrophe that played a big part in ending the dinosaurs’ dominance of the Earth. And even a smallish one, like the 60-foot rock that fell near Chelyabinsk, Russia last year (and which Binzel helped investigate) can do plenty of damage.

The first part of Binzel’s proposed three-part program, therefore, is to mount an exhaustive telescopic search for Near-Earth Asteroids, or NEO’s, ten meters (33 ft.) across or bigger. He estimates there are about ten million of them—so many, he says, that “at least one passes by as close as the Moon every week (NASA is searching for them already, but there are still plenty of rocks going undetected).

ID’ing the NEO’s that pose a threat is a good thing on its own merits, but these are also the ones that would be easiest for astronauts to visit. The idea, says Binzel: spot a likely candidate as it approaches the Earth and send astronauts out to match its orbit—something like the way relay runners start sprinting before their partner arrives so they’re going at the same speed at the point of baton handoff. “They’d go out and greet it,” he says, “and follow alongside for a few days.” Then the astronauts would peel off and circle back to Earth.

While hanging out with the asteroid, astronauts could do all sorts of exploration. They couldn’t land themselves, because a small asteroid has too little gravity to keep a human from floating off, but they could use robotic landers to beam back all sorts of information, bring samples back for study in Earthly labs, and even prospect for minerals. Astronauts could also test deflection technologies that could someday be used to push a killer asteroid off course to keep Earth safe.

Best of all, says Binzel, a series of asteroid missions of longer and longer durations means you don’t have to jump to Mars all at once without practicing long-distance and long-duration spaceflight first. NASA can flex its exploratory muscles bit by bit, preparing for that ultimate leap. The image he keeps returning to is that of the Gateway Arch, in St. Louis—the great portal to America’s West. When Lewis and Clark returned with their maps of the vast spaces of still untouched mountains and prairies, says Binzel, who has a painting of the adventurers in his MIT office, “it triggered an enormous wave of exploration. Imagine,” he says, “that we knew of a thousand or even thousands of objects that were readily accessible to human spaceflight.” Retrieval gets you one object; a survey will find thousands at a fraction of the cost. What’s not to like?

Read next: Watch This Pilot’s Dramatic Midair Video of the Antares Rocket Explosion 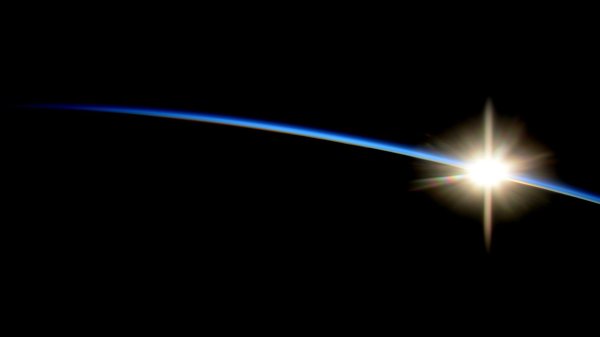 See an Astronaut's Minimalist Photo of a Sunrise
Next Up: Editor's Pick