Tipping back a glass of red wine can do much more than help you relax after a long day. There’s scientific evidence that, in limited quantities (defined by the Dietary Guidelines for Americans as up to one 5-ounce glass for women and up to two 5-ounce glasses for men), red wine can also have surprising health benefits. Here, we’ve outlined some of the most compelling reasons to fill up your glass—as if you needed an excuse.

(MORE: 3 Easy Hacks to Get Healthier at Work)

1. Promotes longevity. Researchers at Harvard Medical School confirmed that resveratrol, a compound found in the skin of red grapes, may provide anti-aging benefits by stimulating the production of a protein that protects the body from diseases caused by aging. A 2007 study in the Journals of Gerontology supports the anti-aging claims: Over a 29-year period Finnish wine drinkers had a 34 percent lower mortality rate than beer or spirit drinkers.

2. Improves memory. Resveratrol also may help improve short-term memory. After just 30 minutes of testing, researchers found that participants taking resveratrol supplements had a significant increase in retention of words and showed faster performance in the hippocampus (the portion of the brain associated with the formation of new memories, learning, and emotions).

(MORE: 11 Superfoods You Should Know About)

3. Reduces the risk of heart disease. A 2007 study suggests procyanidins, compounds found in red wine tannins, help promote cardiovascular health. Wines produced in areas of southwest France and Sardinia, where people tend to live longer, have particularly high concentrations of the compound. Another study from the Harvard School of Public Health suggests moderate drinkers are less likely to have a heart attack.

5. Cuts cancer risk. A protein in grape skin can kill cancer cells, according to researchers at the University of Virginia. The protein, resveratrol, helps starve cancer cells by blocking development of a key protein that feeds them.

6. Improves dental health. Recent research implies antioxidants (called polyphenols) found in wine can slow bacterial growth in the mouth and potentially help prevent cavities. To test the theory, researchers treated cultures of bacteria responsible for dental disease with a variety of different liquids. Red wine was most effective in eradicating the bacteria.

8. Helps fend off the common cold. Thanks to the antioxidants found in red wine, researchers found those who drank more than 14 glasses of wine per week were 40 percent less likely to experience a bout of the common cold. 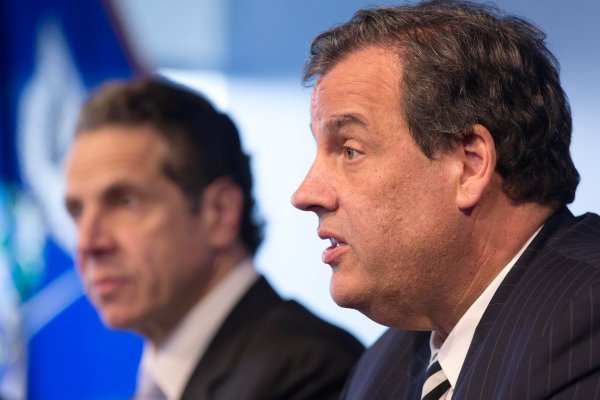 Quarantine Is Being Used to Manage Fear, Not Ebola
Next Up: Editor's Pick