President Barack Obama delivered an implicit rebuke to states that have imposed strict Ebola quarantine rules Tuesday, warning they could undermine American efforts to counteract the spread of the virus.

Speaking to reporters before departing the White House for a campaign trip in Wisconsin, Obama said the “disease can be contained—it will be defeated,” noting progress has already been made by U.S. military forces on the ground in West Africa assisting with the response.

“The good news is it’s starting to have an impact,” he said. “They’re starting to see some progress in Liberia.”

Obama’s comments were his first public remarks on the disease since the governors of New York, New Jersey and other states imposed strict quarantine rules Friday, before rolling them back under public pressure last week. Obama said the quarantine rules would provide a disincentive for American health workers to volunteer in West Africa where they are sorely needed. He added he plans to meet with healthcare worker sat the White House tomorrow who have returned from West Africa, as well as those who are about to depart to fight the disease.

“We don’t want to discourage our health care workers from going to the frontlines,” Obama said. “They are doing God’s work over there, and they are doing it to keep us safe.”

After the states took action above and beyond the guidelines set by the Centers for Disease Control and Prevention, Obama cautioned against acting out of fear instead of science. “We don’t just react based on our fears, we react based on facts and judgement and making smart decisions,” he said, in a critique of the governors.

“We’re going to have to stay vigilant here at home until we stop the outbreak at its source,” Obama added. 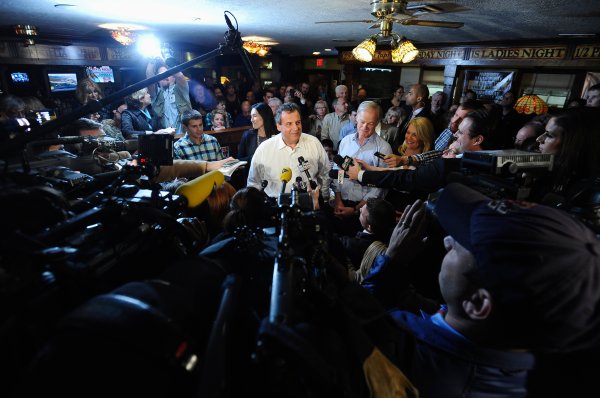