How I Met Your Mother’s Alyson Hannigan Talks Series Finale

Alyson Hannigan has spent nearly a decade playing faithful friend Lily on How I Met Your Mother, but the party’s almost over: the show’s finale airs March 31 on CBS. Here, the actress — who celebrates her 40th birthday today! — talks to TIME.

TIME: Given how long HIMYM’s been on, it’s hard to ask you finale-related questions that aren’t just hugely broad. Like, how do you feel?

You know, I think I did most of my grieving at the end of the season because now I feel like, ‘Oh, that was great!’ This ninth season was shot around so many different schedules, and it was such a weird season that it was almost like our methadone. It was a nice way of getting used to not seeing everyone every day of the week. So it prepared us for the finality of it all.

What are your plans for watching the last episode?

A lot of my Twitter followers asked if I was going to go to New York and be there, because they watch it at the bar that MacLaren’s [the pub on the show] is based on, but I won’t be able to do that. I’ll be shooting a pilot the next day so I’ll have to be here. Besides, all the blubbering I’ll do, I should probably stay at home. I shouldn’t be out in public.

You mentioned your Twitter followers. How do you feel about the crazy-high fan expectations for the finale?

I would have been worried about it before I actually knew how the show was going to end. The script was just amazing and wonderful and happy and sad and all of the above.

We could all be dead. Who knows? But I just love that even though it’s only [two] episodes left, people are still trying to figure out the end. As Barney would say, wait for it!

You clearly don’t share your character’s inability to keep a secret.

If there is a secret I’d definitely be able to keep it. With the sleep deprivation of the last five years, I’d probably just forget it anyway.

I know Marshall and Lily are based on a real couple – have you ever applied any of their marriage secrets to your own life?

My husband came first so I don’t know which one has taught me what, but I definitely think they helped one another. Just being your best friend, each others’ best friends, is what has worked for us and is what is most important. If you’re going to spend that much time with somebody, you want to be friends. That’s what I held dear to my heart with both relationships. I want to like you and love you. That makes everything greater.

Will you ever give your kids a how-I-met-your-dad talk?

I could show them, when they’re old enough. I can say ‘This is [husband Alexis Denisof’s] first episode on Buffy the Vampire Slayer, and this is the prom episode where I realized I really liked this guy, then Mommy freaked out and we didn’t date for a year.’

I just heard overalls — your Buffy wardrobe staple — are coming back. Willow was ahead of her time, apparently.

Between that and her tech savvy, she’d be really cool now.

The whole show, if it had been on now, would have been much bigger. That’s why I feel like there should be a retroactive Emmy category.

Like, ‘Sorry we forgot you while you were there. Ally McBeal was really shiny back then.’

And you already have your next pilot lined up, for More Time With Family. What’s it like to jump right in to something different?

I love television and it’s been fantastic to me and the best writing right now is on television. I love the family aspect of these long-running shows that I’ve been so lucky to be a part of. I knew that that’s what I wanted to stay in. But coming off of nine years, I wasn’t going to do something unless I absolutely fell in love with it. I was thinking that’d be down the road, and then I read this script. In a way it’s helped me with the closure of How I Met Your Mother, because I have something that I’m so very much looking forward to. Hopefully it won’t be the rebound relationship. Hopefully it’ll be the marriage after the really good long relationship. 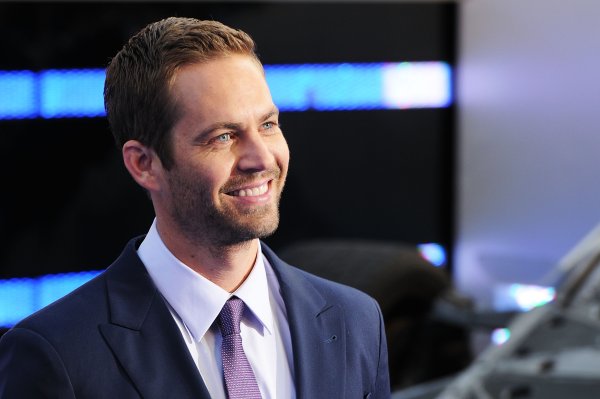 How to Finish Fast and Furious 7 Without Paul Walker
Next Up: Editor's Pick