How Kim Kardashian Is Changing the Fashion Industry

In a year of embarrassing missteps by fashion publications (among them, Marie Claire’s discovering cornrows in the form of Kendall Jenner’s “bold braids” and Elle‘s discovery of Timberland boots), the most memorable was Vogue‘s discovery of the female derriere. “We’re Officially in the Era of the Big Booty,” a Vogue headline read last month, above an article reading “it would appear that the big booty has officially become ubiquitous.” The proof positive, per Vogue, was the newfound prominence of Kim Kardashian, who’d been on a cover of the magazine earlier that year.

Never mind that the magazine has by now reverted to the mean, with its November cover depicting thin, blonde model Natalia Vodianova glorying in the Paris Opera Ballet, rejecting both the concept of “big booty” and the less-than-high brow sort of reality-show fame Kardashian had achieved.

But the Vodianova cover feels like something from a different, less interesting era, while the Kardashian one feels au courant.

The fashion bible still fancies itself an opinion-maker, with the power to anoint trends as officially having happened, or celebrities as officially having merit or beauty. Lately, though, the publication seems to be chasing the trends set by a cadre of public figures rather than setting them; what’s in Vogue is in vogue because the magazine finally noticed.

Consider the case of Kim Kardashian. The reality star finally got her wish when she appeared on the April cover, but the packaging of the spread seemed vaguely critical. It’s quite rare for a man to appear on Vogue’s cover, but Kardashian appeared with fiancé Kanye West, who was possibly considered a more legitimate object of interest given his achievements in music. And then there was an editor’s letter by Anna Wintour that mounted a strange defense of the cover (“As for the cover, my opinion is that it is both charming and touching,” Wintour wrote as though she hadn’t commissioned and chosen it).

The whole thing seemed to hold Kardashian at arms’ length. It was as if the magazine had decided it was impossible to ignore her, just as it is impossible to ignore the fact that that curvy butts are popular. Kim Kardashian, at a voluptuous 5’2”, isn’t a natural fit for a publication that’s usually populated with pale, willowy models. And Wintour’s magazine seemed just as out of its depth honoring her as it did writing about the body shape she’s helped legitimize. In both cases, the magazine felt out of its depth.

Kanye West’s active lobbying for Kardashian’s Vogue cover got one thing wrong: He was right that Kardashian has a more engaged following than does the magazine, but he was wrong that she ought to be on the cover. The manner in which Kardashian cycles through expensive couture—changing her look day-to-day in order to keep her Instagram followers sated—makes her an inapt cover subject for the fashion bible. There’s no one fixed fashion image of Kardashian, or of Beyoncé, the past Vogue cover model whom the New York Times recently, rightly, said was not a fashion icon. Both Kardashian and Beyoncé, and, for that matter, 2014 Vogue cover model Rihanna, dress in well-curated (and expensive) garments, and have no rigidly defined aesthetic. A specific or iconic “look” really only works if one is the sort of person for whom fashion designers tailor a specific genre of clothes for or who are known for a well-defined style like Kate Middleton, Angelina Jolie or Lupita Nyong’o. Kardashian and other entertainers like her have had to be more imaginative to make couture work for them; Kardashian has been particularly successful at this, having shifted like a chameleon from straightforwardly “sexy” looks to intriguingly structural or textured outfits that are outré enough to engender debate in an Instagram comment thread.

And they’ve succeeded. These women push the culture and the aesthetics of beauty further away from the standard fashion model look every time they upload a photo. Vogue, a publication that’s always thrived on being able to label, categorize or dictate each development, can only hope to play catch-up. Officially or no, butts were always “in” for the people who have to figure out how to dress them. And given the difference in Kim Kardashian’s Twitter followers (over 24 million) and Vogue circulation (1.26 million), it’s a substantial fashion-loving audience that Vogue ignores at its peril. The magazine’s new openness to different body shapes is a net good, but it’s not hard to wish that stars like Kim Kardashian would blow off a magazine where they’re only grudgingly included. 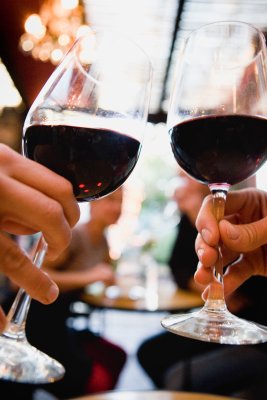