Like many of her contemporaries in the entertainment industry, Beyoncé is a brand. And this brand has many facets: singer, dancer, entertainer, designer, philanthropist, wife, and mother.

Of course, Beyoncé is a person first, a brand second. But the force behind that brand — the carefully crafted public relations operation that helps rake in the cash — obscures the person that the brand is selling, presenting an altered facsimile of the person behind the brand. Consumers, meanwhile, are expected to equate that presentation with the person herself.

All of this is to say: today’s announcement that an unauthorized Beyoncé biography will hit bookstores in the fall of 2015 is welcome news for those interested in the woman behind the brand. Biographer J. Randy Taraborrelli, who will write the book, is no stranger to the mega-celebrity profile; his subjects over the last three decades have included Diana Ross, Frank Sinatra, Madonna, and most famously, Michael Jackson.

But the key word in this soundbite is “unauthorized.” This means that Beyoncé herself won’t participate in the project, and the biography’s content will be gleaned from interviews with secondary sources. The word “unauthorized” suggests that we should probably take the book with some skepticism, because Queen Bey won’t have signed off on the story it spins. But the fact that she’s so tightly controlled her image until now leaves one wondering which version requires taking more grains of salt: the one she’s approved or the one she hasn’t?

Take, for example, the 2013 HBO documentary Beyoncé: Life Is But a Dream, which was not only authorized, but featured heavy participation from its subject. The film purports to “strip away the veneer of stardom” and offer up the real Beyoncé in its stead. And it literally does strip away the makeup, offering a visual to match its stated goal. But for all its Neutrogena-clean wholesomeness, the production feels self-consciously manufactured. It swaps out the image of the diva for the equally fabricated image of the girl next door, one edited truth for another. Every revelation has been carefully weighed for the way it will land.

Following her mini-concert at the MTV Video Music Awards in August, Beyoncé accepted the Michael Jackson Video Vanguard Award from her husband, Jay-Z, with daughter Blue Ivy in tow. The trio was all tears and kisses, the picture of family harmony. The Twittersphere immediately launched into debate: Were the smiles genuine, or was the performance still going? Were we witnessing a publicity stunt staged to counter the tabloids’ insistence on trouble in paradise? Throughout Beyoncé’s career, it’s always been difficult to parse out the genuine from the affected.

In the Washington Post last week, Eve Fairbanks lamented what is sometimes lost when we switch from the third-person to the first. “All that sad and subtle truth, all the disconnect between how we imagine ourselves and who we really are — the disconnect that underpins the whole tragicomedy of human life — [is] lost,” she writes. “Sometimes the deepest truths are the ones we cannot ourselves quite face.” And that, in a nutshell, is why the unauthorized biography will probably tell us more about Beyoncé than the authorized one ever could. 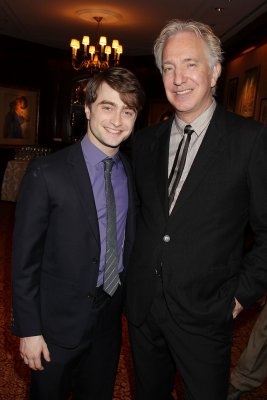