Why John Boehner's Job Is About to Get Harder

U.S. Speaker of the House Rep. John Boehner during a press briefing on July 31, 2014 on Capitol Hill in Washington, DC.
Alex Wong—Getty Images
By Jay Newton-Small

House Republicans are expected to grow their majority by 5-15 seats in next week’s midterm elections—but don’t expect governing to get any easier for beleaguered House Speaker John Boehner.

Boehner lost a whopping 25 incumbents to retirement this cycle and another three in primary defeats. By comparison, Democrats only had 16 retirements, and they’re in the minority. Not only did Boehner lose one of his best friends in Congress—Iowa Rep. Tom Latham—and Majority Leader Eric Cantor, but several of his committee chairmen, including Ways & Means Chair Dave Camp, Armed Services Chair Buck McKeon, and Natural Resources Chair Doc Hastings. Many of the retirees were old lions who helped nurse the party through the government shutdown and fiscal cliffs—the adults in the room, one could say.

Ten of the 28 seats up for grabs because of retirements and primary losses are in swing districts where “Republicans have succeeded in nominating candidates who are conciliators, people who have proven that they will work with the business community, get things done,” says David Wasserman, who tracks House races for the nonpartisan Cook Political Report. “In the 18 districts that are safe, Boehner’s going to end up with his fair share of rebels, people who campaigned against the Republicans’ and Democrats’ status quo in Washington.”

To put things in perspective, one of the first votes of this current Congress was to fund the government for the rest of fiscal year 2013. That measure squeaked by the in the House 230-189. All 28 of the retirees and primary losers voted for the measure. If Boehner had lost just 12 votes—never mind 18—the government would have shut down.

“With 25 Republican members of Congress retiring, years of legislative expertise and wisdom are lost,” says James Thurber, head of American University’s Center for Congressional and Presidential Studies. “Deep knowledge about lawmaking and policy will be replaced by highly ideological amateurs. This is a perfect formula for trouble for Speaker Boehner. He loses knowledgeable and trusted friends for an unpredictable and ungovernable caucus.”

Of course, the new class of firebrands in the next Congress will be offset by Republicans who will have beaten Democrats to win their seats, and all of those will be more moderate, having to defend more competitive seats. Republicans could pick up as many as 10 Democratic seats, or as few as a handful, depending on how the election goes.

And Boehner, who may also face a leadership challenge from Texas conservative Rep. Jeb Hensarling, has had a lot of practice dealing with recalcitrant members. “We live in a big country and it has bunch of different perspectives,” says John Feehery, a former top aide to ex-House Speaker Dennis Hastert. “Boehner is pretty good at managing those perspectives and by letting the House work its will.”

Plus, Republicans elected Rep. Steve Scalise, a former head of the conservative Republican Study Committee, as House Majority Whip, the No. 3 position in leadership. The leaders hopes Scalise will act as a bridge to the conservative wing of the party.

Still, with Republicans poised to potentially retake the Senate, Boehner will have his hands full managing expectations. “Boehner’s biggest challenge is to manage the disappointment that will inevitably come from the Senate, especially if Republicans are in charge,” Feehery says. “They won’t be able to jam anything through the Senate and that will anger a lot of the new members.” 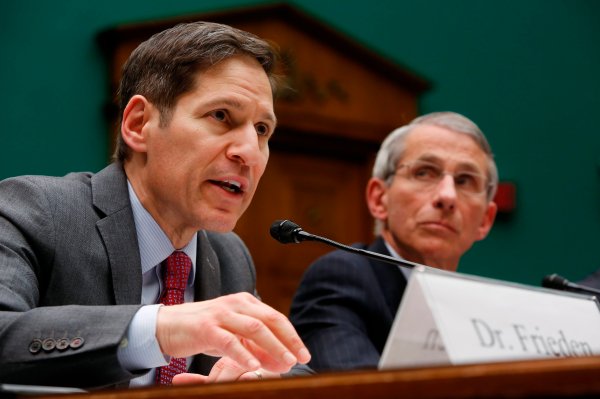