Daniel Radcliffe and Alan Rickman at a luncheon for "Harry Potter and the Deathly Hallows Part 2," at 21 Club, Monday, Nov. 21, 2011, in New York.
Dave Allocca—AP
By Ashley Ross

Unsurprisingly, the fans were itching for answers to Harry Potter queries from the actor who played The Boy Who Lived. When asked about the best prank that was played on the Potter set, Radcliffe replied, “I should probably [tell] about the one that was pulled on ME, rather than any I pulled. Because it came from a very unexpected place.”

The unexpected place? The mind of Alan Rickman, who played Professor Severus Snape, Harry’s bête noire at Hogwarts. Rickman pranked Radcliffe on the set of Harry Potter and the Prisoner of Azkaban with a jape that sounds like something Fred and George Weasley might have pulled off.

“There’s a shot in the great hall of all the kids sleeping in the great hall, and the camera starts very very wide, and comes in so that it’s an inch from my face,” Radcliffe wrote on Reddit. “Alan Rickman decided he would plant one of those fart machines in my, uh, sleeping bag, and they waited until like – the camera had come in for this huge DRAMATIC developing shot, and then unleashed this tremendous noise in the great hall.”

“I immediately thought: ‘This is one of the other kids f–king around, and we were going to get in trouble.'”

But as it turns out, it was one of the members of Britain’s acting royalty. “I think I laughed a lot, was probably a bit embarrassed, but it was really really funny.”

Watch a young Radcliffe and co-stars Rupert Grint and Emma Watson explain the prank on the DVD extras from the film: 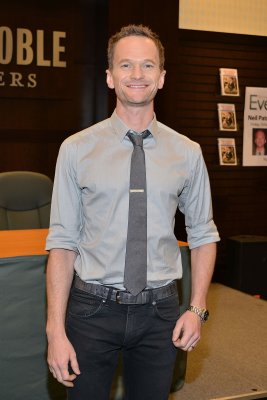