This Is the Best Home Bluetooth Speaker You Can Buy

This post was done in partnership with The Wirecutter, a list of the best technology to buy. Read the original full article below at TheWirecutter.com

If I were buying a Bluetooth speaker for home use, I’d get the $400 Marshall Stanmore. It sounds more refined than most competitors, has convenient bass and treble controls, and plays loud as hell without distortion—3 to 5 decibels louder than anything else we tested. I base this recommendation on a series of blind listening tests as well as professional and amateur reviews.

I also have a recommendations for speakers if you dislike the styling of the Marshall, or want to save a little money or spend more and get a speaker with Apple’s Airplay wireless music technology.

Who Should Buy This Bluetooth Speaker

Anyone looking for an easy-to-use audio system that delivers good sound quality (that doesn’t need to be portable) will find a home Bluetooth speaker a great choice.

Bluetooth is the easiest wireless audio technology to deal with. You don’t need to install an app: If you’ve been using, say, the TuneIn Radio and Pandora apps on your tablet to listen through headphones, a Bluetooth speaker lets you use those apps the same way you did before. Any Bluetooth source (tablet, phone, computer) works with any Bluetooth speaker.

Bluetooth does degrade sound quality compared to Wi-Fi-based systems like AirPlay and Sonos, but it’s unlikely you’ll hear a significant difference. Be warned, though: if you’re a serious audiophile, this kind of speaker is unlikely to please you, because none can match the sound quality of even a halfway-decent conventional stereo system.

How we decided on the Marshall Stanmore

First off, in choosing models to test, we passed on anything with an internal rechargeable battery (which we would consider portable, regardless of the size.) We concentrated on speakers around $400, which past experience has told us is the least you can reasonably expect to spend for a wireless speaker that produces decent bass and fills a room with sound. If you spend more than $400, you’ll likely get AirPlay capability and even better sound.

A good home Bluetooth speaker should have bass, midrange, and treble in natural and roughly equal proportions. The sound should be full and satisfying, and the midrange should sound smooth, without making voices sound unnaturally edgy or constricted, and the treble should let you clearly hear high-frequency sounds like the breath of a flautist. We also looked for physical controls like volume adjustment.

We used outside reviews to narrow down our final list, which included the Wren V5BT, JBL Authentics L8, Fluance Fi30, and the Marshall. I then set up a blind test pitting these speakers against each other, including myself, Wirecutter headphone editor Lauren Dragan, and frequent Wirecutter listening panelist and musician John Higgins.

The Marshall Stanmore is a solid speaker with no caveats (seriously). It sounds good with all kinds of music — rock, hip-hop, pop, jazz, classical, whatever — and it has plenty of bass and plays louder than any other all-in-one wireless speaker I’ve tested: 105 decibels at 1 meter. That’s 3 to 5 dB louder than most of the best wireless speakers. In other words, the Stanmore is loud enough to drown out conversation and get people dancing.

It has top-mounted bass and treble controls, and more inputs than its competitors: a 3.5 mm and stereo RCA analog and a Toslink optical digital input. You can connect it to an Apple TV and an actual TV and still have one input plus Bluetooth to work with.

Small flaws (but not dealbreakers)

Although there are two 0.75-inch tweeters, most of the Stanmore’s sound comes from a single 5.25-inch woofer, and there doesn’t seem to be any sort of simulated surround or crosstalk cancellation that would make the sound more spacious.

An almost as great Bluetooth speaker (that looks sleeker)

Some people may not like the retro guitar-amp styling of the Marshall Stanmore. If that’s you, the Wren V5BT is a great alternative for $100 less. It combines good overall sound quality (although not as good as the Marshall) and an elegant Danish modern-influenced design.

If you can spend more (and want AirPlay)

If you want better sound quality and/or multiroom audio capability, we recommend the $600 JBL Authentics L8, which is one of our picks for Best AirPlay Speaker. The L8 sounds great for an all-in-one wireless speaker without the distortion problems that plague most of its peers. It also has clearer mids and highs than the Marshall and a somewhat more enveloping sound. The L8 also offers AirPlay and DLNA wireless, so it can be used in multi-room systems. But keep in mind, that this is a lot to pay for a bluetooth home speaker.

The best Bluetooth speaker for $150

The Fluance Fi30 is a step down in sound quality from the Marshall, but it’s still pretty good for just $150. It has a very basic set of features — a power button, a Bluetooth mating button, and a 3.5 mm analog audio input — but it looks at least as nice as anything we tested.

After considering the opinions of our listening panelists, the statements of other reviewers, and the verdict of consumer reviews, we think you’re mostly likely to have a good experience with the Marshall Stanmore.

This guide may have been updated. To see the current recommendation, please go to The Wirecutter.com. 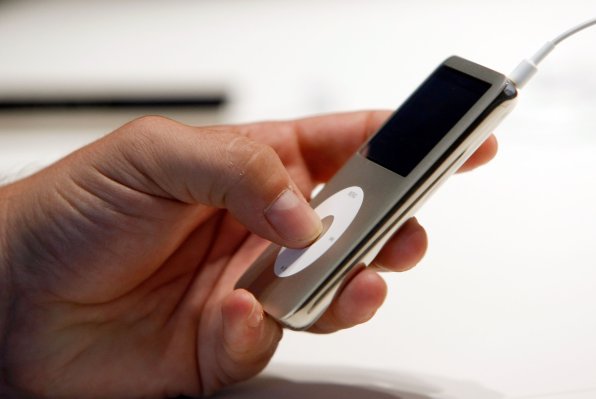 The iPod Classic Died Because Apple Couldn't Get Parts For It
Next Up: Editor's Pick