Want to Avoid Another Political Argument? Talk About Taylor Swift

Taylor Swift performs during her 1989 Secret Session with iHeartRadio on Oct. 27, 2014 in New York City.
Kevin Mazur/—Getty Images for TAS
By Maya Rhodan

It can be pretty exhausting to go on Facebook these days. Your Republican friends are arguing about Ebola, while your Democratic friends are posting angry comments about voter ID. And there’s still another week of gaffes, controversies and debates until Election Day.

According to data released by Facebook on Tuesday, the pop phenom is almost equally liked by supporters of both Republican and Democratic candidates. To do the study, Facebook looked at the favorite books, landmarks, bands, TV shows and authors of people who liked specific political candidates.

But it was surprising which cultural interests managed to hit the sweet spot right in the middle. Supporters of Republican and Democratic candidates both tended to like the Old Farmer’s Almanac, the Jersey Shore, AC/DC, The Big Bang Theory and mystery novelist James Patterson.

TV was the great equalizer. Pretty much everyone equally liked shows as diverse as House, Sons of Anarchy and Grey’s Anatomy.

So if you want to change the subject from politics as the days tick down to the midterm elections, just talk about television or Taylor Swift instead and you’ll be fine. 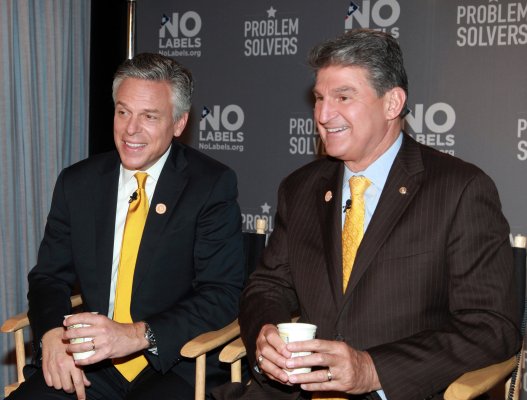 How Joe Manchin Ended Up Getting Out the Vote Against a Fellow Democrat
Next Up: Editor's Pick