This 1 Number Shows Why Retailers Shouldn't Turn Off Apple Pay

Why wreck a tech that’s already installed in your stores? Because CVS and RiteAid are part of a group of companies that also includes heavy-hitters like Walmart working on a mobile payment system of their own called CurrentC.

From a retailer’s perspective, CurrentC has several advantages over Apple Pay. Most importantly, it’s designed to sidestep the fees that retailers have to pay credit card companies like Visa and MasterCard every time a customer makes a credit card purchase, marking their latest move to duck those charges. Apple Pay, meanwhile, has the support of credit card companies because it keeps those fees intact. CurrentC also keeps customers’ data in the hands of retailers, while Apple Pay encrypts customers’ purchases, making it impossible for the retailers to track shoppers and advertise to their interests. If CurrentC has an advantage over Apple Pay from a customer’s perspective, it’s that it works with older phones that lack Near-Field Communication (NFC), a necessary ingredient for Apple Pay that’s only found in the newest iPhones and higher-end Android devices.

By disabling NFC (which also affects Android owners using Google Wallet), CVS and RiteAid are essentially trying to stamp out Apple Pay before it gains millions of users, further institutionalizing Visa and MasterCard’s fees. The problem? They’re too late. To disable a service that’s already showing such staggering popularity is a profoundly consumer-unfriendly move. If Apple Pay users love the service as much as Cook’s early figure suggests, they could be willing to change their shopping habits to match — goodbye CVS, hello Duane Reade.

It’s also a bold gambit that retailers have a better shot than one of the world’s most successful technology companies of succeeding where so many have failed before: convincing shoppers it’s easier to pay with the flash of a phone rather than the swipe of a card. Given its very early success here, the smart money’s on Apple. Still, whether Apple Pay will crush the competition or simply open a door for rivals — by getting customers used to paying with a phone — remains to be seen. As consumers, though, we’re in for a long platform battle. 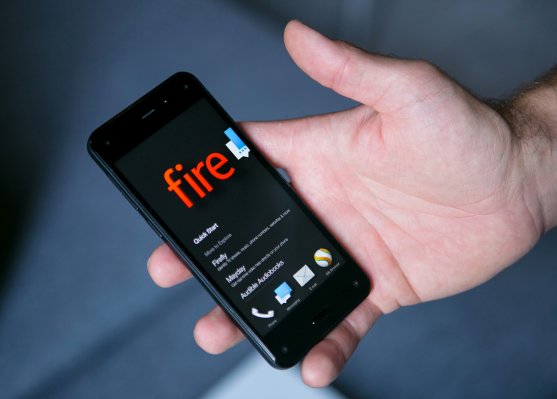 4 Reasons Amazon's Fire Phone Was a Flop
Next Up: Editor's Pick