In an ironic twist of fate, the inventor of the famous board game Operation is in need of money to pay for an operation.

In 1964, John Spinello invented the classic children’s game, in which players attempt to perform “surgery” without tripping a buzzer, and sold it to a toy invention firm for just $500. In spite of its great success, that’s the only money he ever received for the game. Now 77, Spinello can’t afford to pay $25,000 for an oral surgery.

“John has had a good life, but has admitted to us that he is struggling to pay his bills and is in need of a medical procedure without sufficient insurance coverage,” his friends Tim Walsh and Peggy Brown wrote in a crowd funding campaign.

Walsh told The Huffington Post that Spinello isn’t bitter about never receiving royalties for a game that has inspired everything from shower curtains to boxers to Simpsons editions of the game, and has generated what he estimates to be $40 million.

“John celebrates the game wherever he can, though his kids do give him a hard time in a good-natured way,” Walsh said.

On top of the crowd-funding campaign, Spinello plans to auction off the original prototype in December to pay the bills. 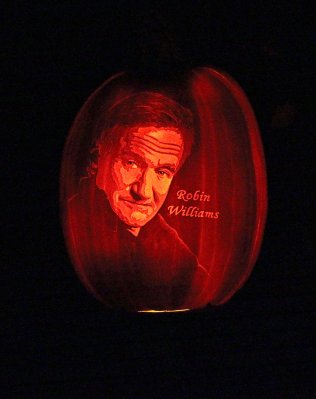 See Jack-o'-Lanterns That Look Like Celebrities
Next Up: Editor's Pick