North Korean leader Kim Jong Un apparently underwent ankle surgery in either September or October, according to a report Tuesday, which may finally explain his recent six-week disappearance.

Kim wasn’t seen in public between Sept. 3 and Oct. 14, the Associated Press reports, an unusually long absence that led many outside the reclusive country to speculate whether he was sick or had even been thrown from power. When Kim finally returned to public view, he appeared to have lost weight and was using a cane.

South Korea’s intelligence agency reportedly learned of the leader’s surgery — a foreign doctor was said to have removed a cyst from Kim’s right ankle and warned it could return due to his weight, busy schedule and smoking habit — and told lawmakers in a closed-door meeting.

Read next: A Former Doctor to North Korea’s Founder Thinks He Passed on Health Problems to Kim Jong Un 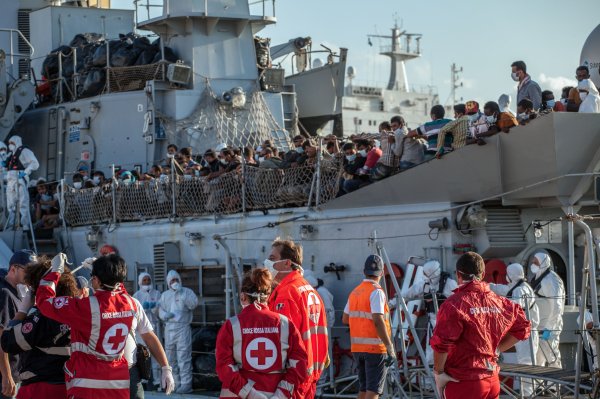 Italy to End Migrant Rescue Operation That Saved Thousands
Next Up: Editor's Pick