Amy Poehler’s new book, Yes Please is out today, and the title pretty much sums up everyone’s attitude when we heard the notoriously nice funnywoman was finally writing a book. An Amy Poehler book? Yes please! That’s probably where she got her title.

The Parks & Rec star explains where she got her title, in a winning yet insightful passage in the book’s introduction:

But if you can’t pick up the book, or your bookstore is out of it, or you’re waiting in a line behind everyone else in the world and just want to know the highlights, here they are:

In the “World Famous Sex Tips” chapter, Poehler has some choice advice for women and men about how to get it on:

Also, she advises not to let your kids sleep in your bed, which is probably a good idea for both men and women.

On her mantra for women who make different choices:

Poehler describes the experience of giving birth to her first son, and making choices about delivery that were different from what her friends were doing (she opted for lots of drugs, not a “natural birth.”)

Poehler also notes that her OB-GYN had delivered Sophia Loren’s children, which was fitting because she (Poehler) has “the Angelina Jolie of vaginas.” This celebrity gyno doesn’t end up delivering Poehler’s son, but you’ll have to read the book to find out why…

On motherhood, and why “every mother needs a wife:”

Poehler has an excellent chapter on motherhood, titled “Every Mother Needs a Wife.” At first, she gets into the down-and-dirty of the mommy wars (perfectly lampooning the subtle digs of working and stay-at-home moms.)

But then Poehler gets to what she actually means by “every mother needs a wife.” The chapter ends with a touching tribute to the nannies who care for her children, similar to the tear-jerking toast she gave at the TIME100 gala in 2011. These women, she says, are her wives.

True to form, Poehler doesn’t dish any juicy details at all about her 2013 divorce from comedian Will Arnett, but does write insightfully about how difficult the process was.

She notes that she isn’t going to get into any specifics, because it’s “too sad and too personal,” but she will say this:

She describes all the various stunts she’s pulled at awards shows, from wearing fake mustaches to pretending to be in a beauty pageant to switching speeches with Julia Louis Dreyfus, to a fake flirtation with George Clooney.

A Love Letter to Indigenous Communities

She’s pretty open about her drug use, which is kind of awesome. The verdict: weed rocks, cocaine feels great but terrible the next day, and everything else ruins lives.

But is she worried that her kids will read the book and think drugs are okay? Nah.

Read next: Marcel the Shell (With Shoes On) Is Back

Most Popular on TIME
1
What Actually Happened on the Original Bastille Day
2
2020 Is Our Last, Best Chance to Save the Planet
3
Coronavirus Map: See How COVID-19 Has Spread 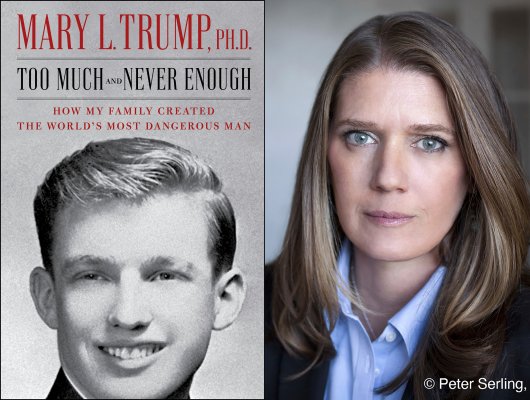