Two weeks ago, LeBron James and Kia announced that they had reached a multi-year endorsement agreement for the Kia K900, the auto company’s first official foray into the luxury market. The MSRP for the K900: $59,900. The fully-loaded VIP version costs $65,500. Here’s a first look at the debut commercial spot, which will air Tuesday night during TNT’s coverage of the NBA’s opening night games.

Tim Chaney, vice president of marketing communications for Kia Motors America, says the car is an attempt to “change America’s perception about what a Kia product is all about.” Kia’s most popular model, the Optima, is a midsize car. Chaney says Kia wasn’t in the market for new endorsers until James’ representatives called Kia after the K900 was first released earlier in the year. James was familiar with the Kia brand: the Seoul-based manufacturer has been the official auto partner of the NBA since 2008, and is expected to announce the renewal of its NBA deal on Tuesday.

James has received a Kia for winning each of his four MVP awards (he has donated the cars to charity). James liked the look of the K900, so his reps asked if Kia could send him one to drive around. “When LeBron James says he’s interested in your luxury sedan, you’re happy to leave a car with him,” says Chaney.

Chaney says his research found that James ranked in the top 1% of celebrity influencers, even for older, more affluent customers who typically buy luxury cars. “He pretty much transcends the NBA, and connects with everyone,” says Chaney. “It’s a natural fit for us.”

Is it a fit for James? This is his first car deal: he likely could have hooked up with more established luxury brands. “You don’t think that LeBron James and Kia go hand-in-hand,” says Ben Sturner, President and CEO of Leverage Agency, a sports marketing firm. “Mercedes, Lexus would seem to make more sense. But if you look a little deeper, there are clear benefits for him.” Kia advertises heavily during the NBA season, so the deal broadens his exposure even more. More importantly, if James can help Kia establish itself in the competitive luxury car market, it speaks to his power as an endorser. This can become the “LeBron car.”

LeBron may have a much harder time moving $66,000 Kias than winning games with his new team in Cleveland. Kia sold just 1,106 K900s in the U.S between March and September; BMW sold 32,081 of its 5-Series sedans during that period, while Mercedes moved 43,071 E-Class luxury cars. But it’s still very early in the game: the K900 just hit the market in March. And even if LeBron doesn’t sell the top-shelf stuff, Kia can benefit from a trickle-down effect. 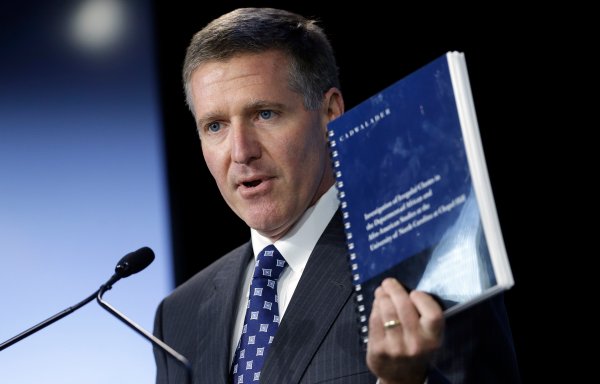