Benedict Cumberbatch is reportedly in negotiations to star in Marvel’s Doctor Strange adaptation, one of many planned superhero movies within the universe of The Avengers.

The British actor and world-famous photobombardier has no shortage of accolades these days—he won an Emmy for Sherlock this year and is already rumored to be a frontrunner in the Oscar race for his performance as Alan Turing in The Imitation Game. But this role, should the rumors prove true, would be a chance for the charismatic rising star, charming in just about every interview he gives, to finally become a household name.

In the comics, Doctor Strange is a powerful magician entrusted with protecting planet Earth from supernatural, extra-planetary forces. “Although he moved fearlessly between realities like a prototype psychonaut, his mission as Sorcerer Supreme was ultimately about keeping the doors of perception closed,” writes Grantland’s Alex Pappademas.

Marvel clearly wants an actor with gravitas. If reports are to be believed, the list of considerations for the role include the likes of Joaquin Phoenix–on a winning streak after Her, The Master, and the upcoming Pynchon adaptation Inherent Vice—along with Dallas Buyers Club Oscar-winner Jared Leto. But while his competition is talented, Cumberbatch may be the wisest choice of his generation’s heavyweight actors.

First, there’s Cumberbatch’s physical appearance, which lends well to a surreal cinematic universe. If Doctor Strange is to be significantly more surreal than other superhero movies, it needs a more, to put it bluntly, freaky-looking star. Unlike Phoenix, Leto, or other stars around the same age, Cumberbatch has narrow, wide-set eyes and vertiginous cheekbones. To look at him is to be transported into a universe slightly removed from our own. It’s an aesthetic that worked in his favor as Khan in Star Trek Into Darkness.

Cumberbatch is famous, of course, but far less a celebrity-at-large than any of the other actors rumored to be in contention for the role, so he will enter the Marvel Universe, like Chris Hemsworth did, with less pre-existing baggage. (Before he picked up Thor’s hammer, Hemsworth was best known as the star of an Australian soap opera.) Cumberbatch’s vocal fan base will easily help make this movie a hit, but, really, it’s his relative unfamiliarity that makes this a good call. He’s an actor who can fill a screen without becoming bigger than the film itself. 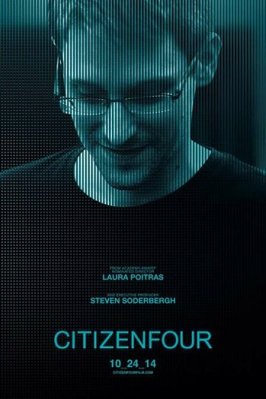 Citizenfour Is Halloween's Scariest Chiller
Next Up: Editor's Pick