Humans, Chimps and Why We Need Personhood for All

Tommy the chimpanzee
2014 Pennebaker Hegedus Films, Inc.
Ideas
By Barbara J. King
Barbara J. King is a biological anthropologist at the College of William and Mary who teaches, writes and speaks about animal studies, primate behavior, human evolution and evolutionary perspectives on gender. Her latest book is How Animals Grieve, published in 2013.

Advocates of animal rights are eagerly awaiting the results of a case brought before a New York state appellate court in Albany earlier this month that will decide if a chimpanzee named Tommy is a person. The judge’s decision may be handed down at any time between late October and December. If, in the eyes of the law, 26-year-old ape Tommy is deemed a person, he will be released from the small cage where he is kept in isolation by his owner near Gloversville, New York, and sent to an ape sanctuary in Florida.

Tommy would then become the world’s first non-human animal to be legally granted personhood.

The idea behind the court case, argued on October 8th by lawyer Steven Wise of the Nonhuman Rights Project, rests upon Tommy’s right to determine what happens to his own life. And that idea in turn rests on what researchers in my field, primate behavior, know to be true: Our closest living relatives in the animal kingdom (along with their close cousins the bonobos), chimpanzees, are conscious, intelligent and emotional beings. In the wild in Africa, they plan ahead by making tools and carrying them to a site where that technology enables them to get better food; remember details of past encounters according to features like kinship status and dominance rank of their social partners; and cooperate with each other in hunting monkeys and sometimes in carrying out acts of brutal aggression against apes of neighboring communities.

Field researchers across Africa, including Jane Goodall at Gombe, Tanzania; Toshisada Nishida at Mahale, Tanzania; Christophe Boesch at Tai, Cote d’Ivoire; and Jill Pruetz at Fongoli, Senegal, have published abundant evidence in support of these conclusions. This information becomes significant beyond the learned journal and the college classroom when we think about chimpanzees like Tommy who aren’t living in their natural habitat but instead in harsh confinement: It tells us that Tommy isn’t meant to live alone, without companionship, mental stimulation or, at its most basic, freedom to make choices about his own actions.

I’ve never met Tommy, but know that if I were to do so, I’d soon come to see him as a unique personality, an animal with characters traits and likes and dislikes conveyed to those around him–just as I have been privileged to know certain other non-human primates over the years of my own observational studies. There’s no question in my mind that Tommy deserves our help. But is Wise’s approach the best path forward?

In first reading about Tommy, I concluded that we humans need to ramp up our responsible actions toward apes rather than bestowing rights of personhood upon apes. This perspective is beautifully articulated by the philosopher Lori Gruen. And the questions tumble one upon the other when we consider what might happen if Tommy and other apes were to become persons in the eyes of the law. How exactly would they participate in the determination of their own lives? Yes, they are smart creatures, but they are relentlessly non-verbal. Will our observation of their behaviors be enough for us to know what they want? What if they want what we can’t give them (a great deal of space to roam, let’s say) or isn’t good for them (unhealthy but delicious sugary foods)? How would we begin to think about the interrelationship of apes’ rights and responsibilities? What could it even mean for apes to have responsibilities to society?

But I began to wonder, are these questions of mine the most appropriate ones? After all, we protect the rights of many humans who contribute to society simply through their own valued existence: babies, the profoundly disabled, elderly people with dementia. It’s well past time to create new ways of relating to other creatures who are sentient without language.

Having gotten this far in my thinking, I asked Wise to clarify for me how he approaches the question of Tommy’s ability for self-determination. Wise told me:

At the root of the Nonhuman Rights Project’s arguments that a chimpanzee is a legal person possessed of the right to body liberty protected by a common law writ of habeas corpus is [the view that] they are autonomous and self-determining beings. One of our experts defined autonomous behavior as ‘behavior that reflects a choice and is not based on reflexes, innate behaviors or any conventional categories of learning … [It] implies that the individual is directing the behavior based on some non-observable internal cognitive process.’ Because chimpanzees are autonomous, self-determining and social beings, it is unlikely that a mentally healthy chimpanzee would choose a life of forced solitary confinement in an indoor cage in a Northern clime over a life lived with dozens of other chimpanzees, outdoors, in a Southern clime. As human beings who are mentally unable to make complex decisions because they are too young or otherwise mentally incompetent have the right to make simpler decisions about their lives, so chimpanzees should have the right to make those decisions about their lives about which they are capable.

I find this definition of self-determination, which recognizes the reality of different levels of capability across species, and its application to Tommy’s case, to be persuasive. In the end, I think it’s time now to be bold, to throw open our imagination and envision a different future for chimpanzees like Tommy. This is what visionaries like Wise encourage us to do: to stand apart from the mainstream and pose new solutions. If those solutions come with a set of challenging questions attached, let’s open a conversation about them, and meet them head on.

Animal lives matter, all on their own. This is a wonderful and freeing perspective to embrace as we wait for the judge’s decision regarding Tommy.

Barbara J. King is a biological anthropologist at the College of William and Mary who teaches, writes and speaks about animal studies, primate behavior, human evolution and evolutionary perspectives on gender. Her latest book is How Animals Grieve, published in 2013. 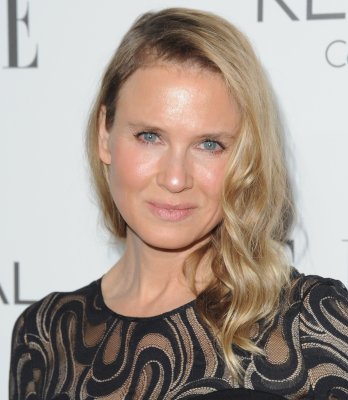 The Internet Is to Blame For Renée Zellweger Changing Her Face
Next Up: Editor's Pick