Prosecutors will appeal Oscar Pistorius’ culpable homicide conviction and five-year prison sentence, South African officials said Monday. Judge Thokozile Masipa had cleared Pistorius of murder but found him guilty of culpable homicide, a charge similar to manslaughter, for the Valentine’s Day killing of his girlfriend Reeva Steenkamp. Prosecutors had asked for the athlete to serve a decade behind bars but Masipa, in handing down her sentence last week, described five years as “fair and just both to society and to the accused.” 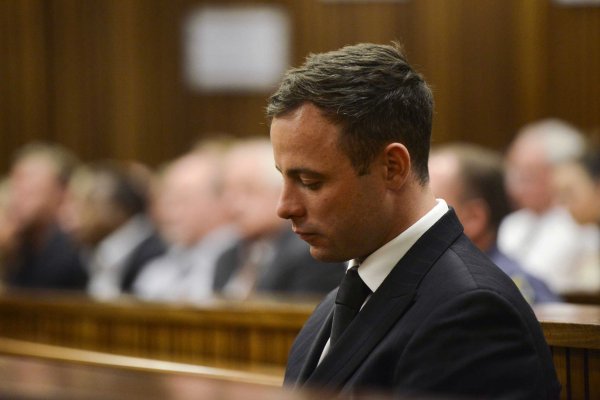 Oscar Pistorius Gets 5 Years in Prison
Next Up: Editor's Pick