Cocoa May Help With Memory Loss, a New Study Finds

It’s everybody’s favorite kind of health discovery: something delicious and seemingly sinful — red wine, chocolate, coffee — turns out to be good for you, according to new research.

The latest installment in this brand of happy news comes from a study out of Columbia University that finds that flavanols, a component of cocoa (a principle ingredient in chocolate) can actually reverse at least one aspect of memory loss associated with normal aging.

The small but intriguing study involved 37 healthy individuals, ages 50 to 69. Half were asked to consume a drink loaded with 450 mg of cocoa flavanols twice a day for three months. The other half got just 10 mg daily—about a quarter the amount in one candy bar.

Both groups were evaluated with a memory test and brain scans at the start of the study, and after three months of downing their respective potions. Researchers — led by Scott Small, professor of neurology at Columbia’s Taub Institute for Research on Alzheimer’s Disease and the Aging Brain, and his colleagues, Adam Brickman and Richard Sloan—found that the high-flavanol group showed a remarkably improved performance on a test of visual memory: the equivalent of a 60-year-old performing like a 30-year-old.

The test involves looking at a series of abstract shapes and determining whether the pattern of squiggly lines is the same as or different than one presented earlier. In this study, Dr. Small and his colleagues show that the ability to quickly perform this task declines at a predictable rate with advancing age.

“This test reflects the kind of complaints I hear from relatively healthy older individuals who say, ‘If I met someone new today, I’m not sure I would recognize them on the street tomorrow,’” Small explains. It tests the ability to form new memories as opposed to summoning up old information (which can be another issue for older adults).

Study participants were also examined in a functional magnetic resonance (fMRI) scanner. Small and his colleagues zeroed in on a structure called the dentate gyrus, located in the hippocampus, a brain region that plays a major role in memory. Previous research in both mice and humans has shown that decreased activity in the dentate gyrus is associated with the typical decline in memory seen as people age. (This is not, however, the spot in the hippocampal region where Alzheimer’s disease first strikes.)

As it turned out, the fMRI studies lined up neatly with the memory test results. People in the high-flavanol group showed much greater blood volume in the dentate gyrus — a measure of brain connectivity and processing ability. It, too, was on the order of gaining decades of function.

“I think it provides proof of principle that diet could potentially reverse an aging process,” says Small, who is working on a larger follow-up study.

Precisely what biological magic the cocoa components are working is not entirely clear, but recent research provides some clues. Studies have shown that cocoa flavanols help keep blood vessels supple as opposed to hardening over time. It could be that they perform this function in the brain. Flavanols also have anti-inflammatory effects that might be part of the explanation.

A number of small studies have linked the nutrients to lower risks of heart disease, hypertension, stroke and diabetes. These studies are sufficiently compelling that the National Institutes of Health is co-funding a massive study of cocoa flavanols — involving 18,000 men and women — that will kick off in early 2015.

“The cocoa flavanols are very promising and exciting in terms of their potential role for preventing heart disease, stroke and other vascular outcomes,” says Dr. JoAnn Manson, a professor at Harvard Medical School and chief of the Division of Preventive Medicine at Brigham and Women’s Hospital in Boston, who will be co-directing the study with her colleague Howard Sesso.

The five-year study, tagged with the acronym COSMOS (for Cocoa Supplement and Multivitamins Outcomes Study),will primarily focus on cardiovascular disease, but Manson is seeking funding for additional arms that will provide extremely detailed data on how the nutrients impact memory and cognition, as well as other health problems. The Columbia study, she says, strengthens the case for further investigation of the effects on memory and cognitive decline.

Among the funders of both COSMOS and the Columbia research is Mars Inc., the world’s biggest candymaker. It already has a cocoa-flavanol supplement called CocoaVia on the market, and will be well positioned to sell other products to the public should the virtues of flavanols be confirmed by new studies.

Don’t want to wait until the 2020s for the final word on flavanols from COSMOS? Don’t just go out and load up on chocolate bars, warns Small. Many types of flavanols are eliminated by chocolate-manufacturing processes. And, besides, you’d need about 25 bars a day to get anything close to the level of flavanols used in his study.

“I’m a physician, and that’s not what I’m recommending,” he says.

Read next: 12 Unexpected Things That Mess With Your Memory 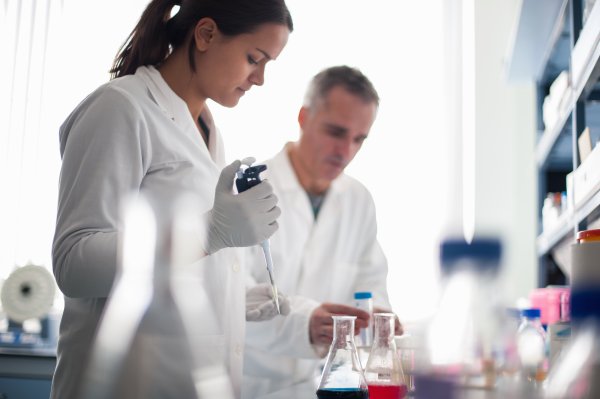 6 Medical Breakthroughs That Matter
Next Up: Editor's Pick