The White House made a push Sunday against a mandate ordered by several states over the last three days that requires all health care workers returning from West Africa who had any contact with Ebola patients to be put in quarantine for 21 days, regardless of symptoms or test results.

New York Governor Andrew Cuomo and New Jersey Governor Chris Christie announced the mandatory quarantine policy, which far exceeds Federal guidelines, on Friday, a day after New York doctor Craig Spencer was diagnosed with Ebola after returning from Guinea, where he contracted the disease. Illinois and Florida have followed suit and put similar policies in place.

The New York Times reports that the Obama administration is now levying pressure on both New York and New Jersey to roll back the new rules, after the detainment practice received widespread criticism from the health community.

Dr. Anthony Fauci, director of the National Institute of Allergy and Infectious Diseases, denounced the 21-day quarantines on Sunday, saying they are unnecessary and discourage health workers from volunteering to stop the outbreak.

Nurse Kaci Hickox, who was forced into a quarantine facility even after she displayed no symptoms and tested negative for the virus, said Sunday that she was prepared to legally challenge her enforced isolation. Hickox spent time in Sierra Leone and has been kept involuntarily at a New Jersey hospital since she landed in Newark Friday.

“I also want to be treated with compassion and humanity, and I don’t feel I’ve been treated that way in the past three days,” Hickox told CNN on Sunday. “I think this is an extreme that is really unacceptable. I feel like my basic human rights have been violated.”

Ebola is only spread through direct contact with bodily fluids. People with the disease are only at risk of infecting others when they are showing symptoms.

According to Fauci, active self-monitoring is a sufficient alternative to the quarantines policies in place. “If we don’t have our people volunteering to go over there, then you’re going to have other countries that are not going to do it and then the epidemic will continue to roar,” he said. “The best way to protect us is to stop the epidemic in Africa, and we need those health care workers so we do not want to put them in a position where it makes it very, very uncomfortable for them to even volunteer to go.”

In response to criticism, however, Christie said Sunday that he believes the Centers for Disease Control and Prevention will “eventually come around to our point of view on this.” “I don’t believe, when you’re dealing with something as serious as this, that we can count on a voluntary system,” Christie said.”If anything else, the government’s job is to protect the safety and health of our citizens.” 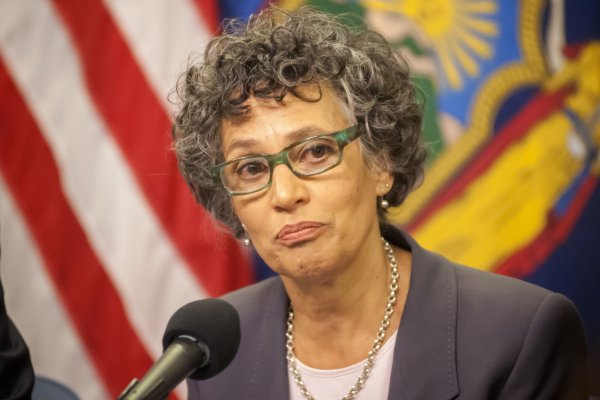