Anthony Fauci Director of the National Institute of Allergy and Infectious Diseases, speaks during a news conference in Maryland on Oct. 24, 2014.
Bao Dandan—Xinhua Press/Corbis
By Nolan Feeney

Dr. Anthony Fauci, director of the National Institute of Allergy and Infectious Diseases, said that he does not recommend 21-day quarantines for returning high-risk travelers — like those instituted this week in Illinois, New York and New Jersey — because they discourage volunteers, the Associated Press reports.

“The best way to protect us is to stop the epidemic in Africa, and we need those health care workers so we do not want to put them in a position where it makes it very, very uncomfortable for them to even volunteer to go,” Fauci said.

He also said that active self-monitoring can be just as effective as quarantining, as those infected with Ebola are not contagious until they begin showing symptoms. Ebola is spread through direct contact with body fluids.

“If we don’t have our people volunteering to go over there, then you’re going to have other countries that are not going to do it and then the epidemic will continue to roar,” Fauci said.

New Jersey Governor Chris Christie defended his state’s quarantine policy following Fauci’s criticism, saying that he thinks the Centers for Disease Control and Prevention will “eventually come around to our point of view on this.” In addition to Fauci’s remarks, Christie has also been criticized by the ACLU, which says the state’s quarantining of a nurse who tested negative for Ebola gives the organization “serious constitutional concerns about the state abusing its powers.”

“I don’t believe, when you’re dealing with something as serious as this, that we can count on a voluntary system,” Christie said of self-monitoring and reporting.”If anything else, the government’s job is to protect the safety and health of our citizens.” 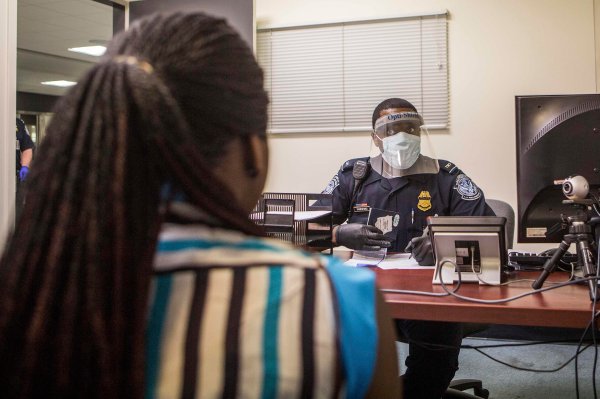