Dr. Mary Travis Bassett, Commissioner of the NY Dept. Of Health and Mental Hygiene speaks at a news conference in the Office of Emergency Management at Bellevue Hospital in New York City on Oct. 24, 2014.
Richard Levine—Demotix/Corbis
By Alexandra Sifferlin

“When I saw that picture of Nina Pham being hugged by the president, I thought, ‘If he will agree, I am hoping to give [Spencer] a big hug,'” says Bassett after a press conference with Mayor Bill de Blasio at The Meatball Shop in New York—a restaurant Spencer had visited before being hospitalized—on Saturday. The Italian hotspot had reopened the evening before, after being temporarily shuttered.

“I understand that people are scared,” Bassett says. “Ebola is a scary disease and it evokes a lot of fear. In this country, the level of public anxiety is palpable.” But in New York City, she says, health officials and staff have been drilling for months.

On Oct. 23 Bassett received a call from Doctors Without Borders that Spencer had a fever of 100.3F. “From the beginning we thought that this one might be a real one,” says Bassett. The department had been fielding calls of possible cases for months but this time it was different. Even prior to Spencer’s confirmation, Bassett sent out her disease detectives to start contact tracing and corroborating every event on Spencer’s timeline.

Back in August, Bassett and her team identified Bellevue Hospital Center as the hospital where they would funnel any patients in New York who appeared to have Ebola. The Bellevue unit they selected was built in the 1990s, initially created to treat patients with HIV or AIDS. It has also been used to treat people with multi-drug resistant tuberculosis.

Even though New York started planning early, Bassett says that what happened at Dallas Presbyterian Hospital, which was where the first U.S. diagnosis of Ebola took place—made them ramp up their efforts. “We really got to work. The devil is the details and thinking through all scenarios and how to address each one of them,” she says. “We had to be prepared, especially after Dallas. I think everyone agrees that a lot was learned from that experience. Having guidance is not enough. Having protocols is not enough. People need to be drilled. They need to practice. Practice, practice, practice.”

On the evening of Oct. 24, governors Andrew Cuomo of New York and Chris Christie of New Jersey made an announcement that changes the way those states will be handling Ebola. The governors announced that health care workers who fly into either state from Liberia, Sierra Leone or Guinea will be issued a mandatory quarantine order for 21 days, whether or not they were sick or symptomatic. When asked if she was briefed about the announcement beforehand, Bassett says: “No, I was not.” Neither, apparently, was de Blasio. “I haven’t seen anything in writing yet about the quarantine. We haven’t seen any guidance yet,” she says.

Pressed for her opinion on the governors’ decision—which was made without the input of public health experts—Bassett says she will “have to work this through.” Adding that now more than ever it’s important for “all of us to work with one voice.” 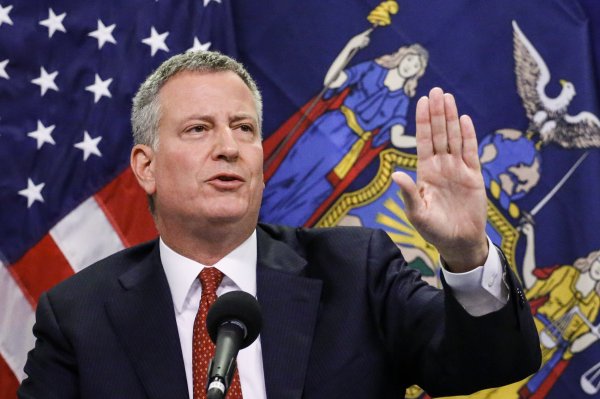