How to Talk to Your Kids About Ebola

Even Centers for Disease Control and Prevention director Dr. Tom Frieden admits it: “Ebola is scary.” But for kids seeing alarming headlines without understanding the context of the disease, Ebola can seem like a looming and personal threat.

TIME spoke to Dawn Huebner, a clinical child psychologist and author of the book What to Do When You Worry Too Much: A Kid’s Guide to Overcoming Anxiety about the best way to talk about Ebola with your kids—without scaring them silly.

What should I say to my child who is really scared about Ebola?
Let them know that it’s important to think about proximity—how close they themselves are to the virus. Which is to say: not very. “It’s really important to underline that we are safe in the United States, and that people who have contracted Ebola have been in West Africa or were treating patients with Ebola,” says Huebner. “Not only should parents underline how rare Ebola is, and how far away the epidemic is occurring, but also how hard the disease is to contract.” Huebner says parents can tell their older children that direct contact with an infected person’s bodily fluids like vomit or diarrhea is necessary to spread Ebola. “This has been reassuring to the children I see, as they know they are not going to be touching that,” she says.

By ages 7 and up, kids begin to grasp that their worries and fears aren’t always rational. “Parents can talk to kids about how one of the ways worries and anxiety get their power is by making us think about things that are very unlikely,” says Huebner.

Should I keep my child away from the news?
Your kids can watch the news to stay informed, but media overload is not always a good thing. “The news is often sensationalized and gives kids the idea that they are at an imminent risk,” says Huebner. When kids see endless stories about Ebola on the news, they don’t always realize they’re hearing the same thing on loop. “I’ve had kids come into my office who are under the impression that there are hundreds of people in the U.S. with Ebola.”

How do I know if my child is reacting appropriately to the news?
“An appropriate reaction would be to feel nervous and ask some questions, but to be reassured by the parents’ answers,” says Huebner. Psychologists distinguish between questions that are information-gathering, and questions that are reassurance-seeking. If a child asks reassurance-seeking questions—like “Are we going to be ok?”—once or twice, that’s normal. But asking the same questions over and over signifies that a child is really dealing with anxiety and that their concern is not being curbed. At that point, parents may need to sit their children down for a longer conversation to address their fears and concerns.

My kids don’t want to fly on an airplane over the holidays. How do I convince them they are safe?
It’s important to emphasize that the vacation destination is one that is safe, and not at great risk for Ebola. Parents can also stress that no one in the United States has yet contracted Ebola from a plane ride. However, parents should avoid making comparisons, like “It’s more likely to get in a car crash than to get Ebola.” That will only stress a child out more.

Ebola freaks me out too, and I accidentally overreacted in front of my child. How do I fix this?
“One of the wonderful things about children is that you really can revisit things that didn’t go so well the first time,” says Huebner. If parents slip up with an overreaction, they should have a conversation with their children and reference the moment. She suggests a conversation opener like this one: “I was thinking about when you overheard me on the phone with my friend. I was really overreacting. I got nervous when I heard about Ebola, and you saw me when I was nervous. Now I’ve gotten information and I’ve calmed down, and I’ve realized this is a very sad thing that’s happening far away. It’s sad, but it doesn’t have to be scary for us.” Rational, calm conversations will help ease a child’s fears about Ebola. 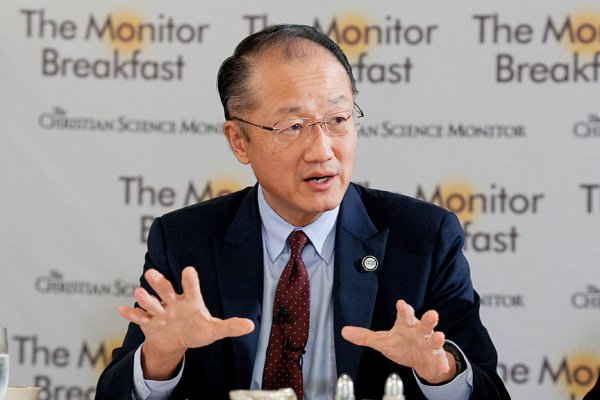