A Dallas nurse who was infected with Ebola while treating a patient with the disease is free of the virus and has been discharged, the National Institutes of Health said Friday. Pham will head home to Texas Friday after first meeting with President Barack Obama, according to the President’s schedule.

Pham said at that conference she felt “fortunate and blessed” to be Ebola-free. She’s now heading back to Texas to return to a normal life and spend time with her dog, who has also been declared free of the virus. Dr. Anthony Fauci, director of the National Institute of Allergy and Infectious Diseases (NIAID), said they confirmed Pham’s health five times, calling Pham “an extraordinarily courageous and lovely person.”

The treatment unit in which Pham was treated was built in 2011 as part of a bioterrorism preparation plan. The seven-bed unit is designed to care for patients with serious communicable diseases and has a staff of 50 to 60 highly-trained infectious disease experts and health care workers. The unit has special ventilation systems and waste disposal systems.

Pham received donated plasma from fellow Ebola survivor Dr. Kent Brantly, but it’s unclear how much of an impact that had on her recovery. Pham has asked for privacy for herself and her family.

Emory University Hospital also announced on Friday that another Dallas nurse battling Ebola, Amber Vinson, no longer has the virus in her blood, though she will remain in the hospital for supportive care. 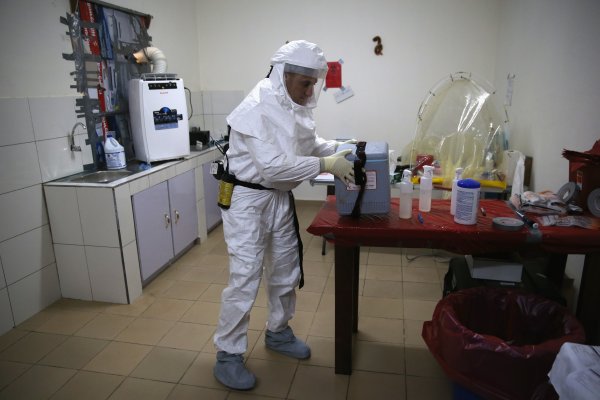 Millions of Ebola Vaccine Doses May Be Ready Next Year
Next Up: Editor's Pick