When the Sewol ferry sank in April, South Korea was united in trauma over the tragedy of a routine ferry ride that somehow resulted in the deaths of around 300 people, many of them high school kids.

More than six months later, that grief has mutated into bitterness along political lines, and given rise to a slow-burn faceoff between antagonistic civic groups in the heart of the South Korean capital.

In Gwanghwamun Square, Seoul’s symbolic center, amid groups of tourists taking selfies, relatives of some of those who died on the Sewol and their supporters have, for more than three months, been camped out in a makeshift tent city. And on a sidewalk across the square, civic groups with a very different take on the issue of the sinking have set up their own camp.

The relatives are calling on the government to mandate a thorough investigation into the cause of the sinking. “All we want is the truth,” said Kim Sung-shil, the 50-year-old mother of a high school boy who died in the sinking. More than six months after her son’s death, Kim still introduces herself as “Dong-hyuk’s mom.”

The families and their supporters argue that corruption and corner-cutting were behind the sinking, and need to be rooted out. The company that operated the Sewol is believed to have violated safety regulations by overloading the ship and failing to train the crew in how to carry out an emergency evacuation. The government’s emergency response has also been criticized for being late and ineffective.

When it went down on Apr. 16, the Sewol was carrying 476 people, only 172 of whom were rescued, many by private vessels who went to the scene to help out. Ten bodies have still not been recovered.

“If we never find the real truth behind the tragedy, our society will just become a darker place where people fear for their safety,” Kim said.

In part because most of them came from a working class suburb, victims of the sinking have become identified with the political left, leading to a forceful backlash from right wing groups that have their roots in red-bashing. Across the road from where Kim is camped out, right-wingers argue that the grieving families have been at it long enough and it’s time to get back to business as usual.

“It’s time for someone to stand up and say enough is enough,” said Bae Sung-gwan, a conservative activist and retired career soldier. He added, “At the time of the sinking, everyone felt sympathy for them, but a long time has passed and that sympathy has run out.”

In late September, while Sewol families and supporters were holding a hunger strike, rightwing activists held a protest of their own where they feasted on pizza and fried chicken directly in front of them.

Kim Sung-shil said of her conservative adversaries, “I have no idea why they’re here. It’s like they don’t have families.”

The Sewol incident and its fallout even led Lee and some associates, all graying men, to revive the Northwest Youth Association, a conservative youth group with a history of anti-communist purges.

After the 1951-53 Korean War, South Korea was, for decades, led by military dictatorships who argued that harsh controls were necessary to protect the country’s fragile peace from North Korean communist infiltration.

Some far-right activists also still believe that South Korea could at any time be overrun by communists from North Korea. “The leftists are using this [the Sewol sinking] as a chance to seize power. If they come to control the government, our country will be vulnerable to communists,” said Kang In-ho, a rightwing activist manning his side’s main table, gathering signatures for a petition seeking for any special Sewol investigation to be cancelled.

Parliament was deadlocked for weeks due to disagreement over the composure of the investigative body and the limits of its authority. The ruling and opposition parties reached a compromise on the law in early October, but the families are refusing to accept it on the grounds that they weren’t given a say in choosing who will carry out the investigation. The bill mandating the investigation will be passed at the end of October, once parliament finishes regular audits of government ministries.

The outdoor struggle is therefore likely to continue, even as Seoul’s crisp autumn weather segues into the bitter cold of winter. Kim says she’s in for the long haul. “I know Dong-hyuk is watching,” she said. “I can’t give up now.”

Kang In-ho says it’s time to move on from the Sewol tragedy. “The economy is suffering because they’re trying to keep everyone sad.”

But, Kang says, he’s not ready to move on from his own activist camp just yet. When asked how long his group planned to keep their post, Kang points over his shoulder at the Sewol families and says, “One day longer than them.” 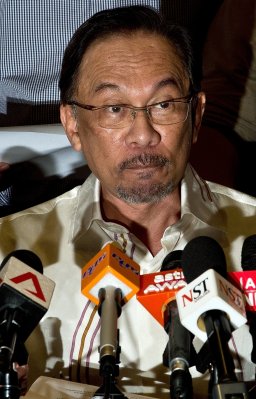