Ebola care is pricey, with estimates ranging from $5,000 to $25,000 per day, according to several health care analysts and experts who spoke to TIME. Some patients will end up spending weeks at a hospital, racking up a bill of $500,000 or more. That includes everything from paying the medical staff to disposing of waste, to the cost of resources like protective gear.

“The cost of treating a patient is going to vary vastly from hospital to hospital, [starting with] length of stay,” says Andrew Fitch, a health-care pricing expert at NerdWallet. “A patient treated in Dallas was only hospitalized for two weeks while another was treated for six weeks. The cost of dialysis and IV fluids is going to add up pretty fast and that is going to be compounded by the cost of isolation.”

So who foots the bill?

If you have insurance in the U.S., your insurer is likely going to cover the costs under emergency and/or inpatient care coverage. Even though patients with Ebola often first present in the emergency room, the disease is typically intensive and can last for several weeks. Major insurance providers TIME spoke to said they would cover Ebola treatment—but bear in mind that coverage starts after a person has met his or her deductible, which can be upwards of $13,000 for some family plans and $6,000 for an individual plan, says Jeffrey Rice, CEO
of Healthcare BlueBook, a Tennessee company that calculates health-care prices for consumers.

Dr. Craig Spencer, the Ebola patient in New York City, has health insurance coverage through Doctors Without Borders. Missionaries like Dr. Kent Brantly, Dr. Richard Sacra and Nancy Writebol have insurance through their missionary groups. Nebraska Medical Center, which has treated two patients with Ebola, including Sacra and NBC freelancer Ashoka Mukpo, says all of its patients’ care has so far been covered by their insurance providers.

But what if you don’t have health insurance?

Despite numerous requests from TIME to Texas Health Presbyterian Hospital in Dallas, the hospital did not confirmed how the uninsured Liberian patient Thomas Eric Duncan’s care was paid for. Analysts believe it’s unlikely that Duncan’s family will be dealt a hefty bill given how high-profile the case was and the mistakes made by the hospital.

Nebraska Medical Center says it would go about treating an uninsured patient with Ebola the same way that it would treat any patient who comes into their emergency room without insurance. They are federally obligated to treat the patient, and then the patients who cannot pay for their care can apply for financial aid and become part of the hospital’s charitable care program. “We provide millions of dollars worth of this kind of care yearly,” a Nebraska hospital spokesperson told TIME.

What if you get sent to a hospital that’s out of network?

Being treated at out-of-network hospital or by an out-of-network doctor could, in theory, result in a hefty bill. Getting out-of-network treatment covered by your insurance company is decided on a case-by-case basis based on medical necessity. While insurers have the legal right to refuse to cover this type of treatment, says Sabrina Corlette of the Center on Health Insurance Reforms at Georgetown University, it’s highly unlikely that they would sack the patient with the bill.

If your stuff needs to be incinerated, does insurance cover that?

One of the surefire ways to get rid of any lingering virus within an Ebola patient’s home is to incinerate their belongings. But do they get reimbursed? Most likely. If a government body or medical professional recommends or requires the destruction of property as a preventative measure in the spread of the virus, the value of the destroyed items would most likely be covered at the cost to replace them, or at depreciated value under a home, business or renters policy, says Amy Bach, executive director of United Policyholders.

No, but that’s because there’s typically no cost involved at all when a drug is still in research and development. 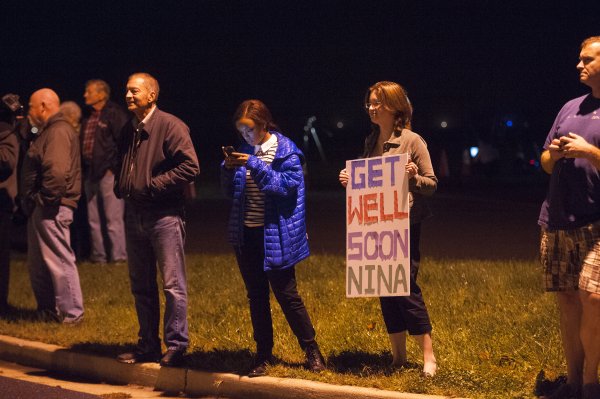