Under pressure from angry parents, Toys “R” Us pulled Breaking Bad figures from their shelves Wednesday. But Aaron Paul, who played Jesse Pinkman on the show, was perturbed by the concession, tweeting out:

Though the Breaking Bad toys were sold in the adult-action-figure area of Toys “R” Us stores, parents said that the figures were “a dangerous deviation from [Toys R Us’s] family friendly values.” After all, Breaking Bad does follow a teacher and his former student as they try to cook and sell meth, and the dolls come with detachable bags of drugs and cash. A campaign on Change.org to ban the toys that had over 9,000 signatures as of Thursday evening.

But Paul makes a legitimate argument—at least about the potentially damaging effects of Barbie dolls: A recent study published in The Journal of Sex Roles found that girls who played with a buxom Barbie dressed up as a doctor thought they had fewer career choices than those who played with an amorphous Mrs. Potato Head doll.

No word yet on how playing with a Jesse Pinkman toy affects major life choices.

Paul isn’t the only Breaking Bad star to weigh in on the conflict. Last week, Bryan Cranston, tweeted about the toys, too:

Tough break for Breaking Bad. But what did they expect? Walt and Jesse always did have trouble moving product. 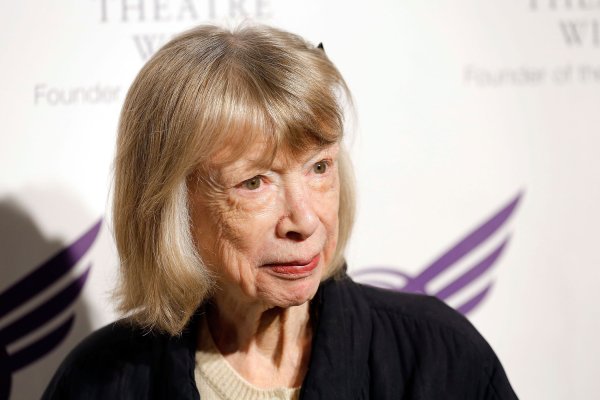 Joan Didion Documentary Reaches Funding Goal Within One Day
Next Up: Editor's Pick