Unpeeling the Controversial History of Bananas

On Friday, shareholders for banana empire Chiquita will vote on a merger with European fruit distributor Fyffes, a decision that would create the world’s largest banana-selling company, to be headquartered in Ireland. Not because bananas grow plentifully in County Cork or the hills of Connemara, or because bananas are replacing potatoes anytime soon. It’s more likely because Ireland has among the lowest corporate tax rates in the banana-eating world.

Chiquita’s shareholders are deciding on a tax inversion, a nifty trick to avoid paying taxes in America, one that has recently ruffled everyone from President Obama to Warren Buffet. (Chiquita told the Wall Street Journal that it’s not motivated by tax incentives, but Fyffe’s executive chairman told the New York Times that there could be tax benefits in the future.)

But Chiquita, whose bananas you have most definitely eaten, has done way more controversial things.

Before it was today’s Chiquita, with one-fifth of global banana market share, it was United Fruit, an even more massive banana conglomerate known to generations of Latin Americans as “the Octopus.” It had tentacles all over the Americas, grasping corridors of power everywhere south of the United States. United Fruit was despised in Latin America, so much so that its simulacrum made it into literature by a Nobel Prize-winning author. In One Hundred Years of Solitude, Gabriel García Márquez wrote of “the Banana Company” arriving in the jungle town of Maconda, bringing with it “dictatorial foreigners… to run the town” using “hired assassins with machetes.”

Then, in 1970, after years of earning a bad reputation, United Fruit appeared to have been saved. Here’s how TIME described what happened, in 1973:

But the ex-rabbinical student, named Eli Black, slipped cruelly on the banana conglomerate he had purchased. In 1975, a week after the Securities and Exchange Commission discovered that Black bribed the Honduran economics minister $1.25 million for lower banana export taxes, Black committed suicide. United Fruit renamed itself Chiquita Brands International in 1990, and worked to clear up its image.

All clear the image was not, however. For one thing, a lengthy TIME investigation published in 2000 linked Chiquita CEO Carl Lindner’s significant political contributions to preferential trade policies pushed by the Clinton Administration. European tariffs were keeping Lindner’s Chiquita bananas out of their market, so the argument went, and Lindner wanted the U.S. to put pressure on Europe to relax its restrictions. So Lindner wrote generous checks to the Democrats, allegedly to get the U.S. to threaten to increase U.S. tariffs on European goods. “The Clinton Administration was ready to mount a global trade war on Lindner’s behalf,” TIME reported, after Lindner showed he would “dispense cash to the Democrats.” And a few years later, in 2007, Chiquita acknowledged it had paid $1.7 million to Columbia’s paramilitary groups until February 2004, according to TIME.

If the shareholders agree to move Chiquita across the pond — Fyffes shareholders hold their vote next week — it won’t be the most controversial thing the company has done. And that’s just the history of one company, selling a fruit that appears to attract controversy wherever it goes: even the 1920s hit song “Yes! We Have No Bananas” has inspired disagreement. 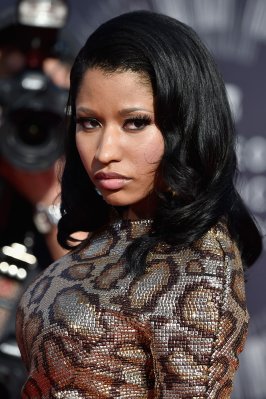 Here's Why Nicki Minaj is Chopping a Banana in the 'Anaconda' Video
Next Up: Editor's Pick