A golfer swings as African migrants sit atop a fence during an attempt to cross from Morocco into the Spanish enclave of Melilla on Oct. 22, 2014.
José Palazón—Reuters
By Noah Rayman

Among the top issues this year for European countries along the Mediterranean has been how to handle the flow of migrants from Africa and the Middle East who seek a better life within their borders. Tens of thousands of refugees and migrants journeyed across perilous routes throughout the year, and in thousands of cases met death before land. Others have attempted to cross into one of the two Spanish enclaves, Melilla and Ceuta, that border Morocco.

The latter scene played out again on Oct. 22, and was captured in a picture at the border fence surrounding Melilla that later went viral online. Eleven men are seen sitting atop the fence as a police officer approaches — and as two women play golf below. One is in mid-swing while the other is turned toward the group.

José Palazón, an activist with a migrant-rights group, spotted the men above the golf course and thought it was “a good moment to take a photo that was a bit more symbolic,” he told El Pais. “The photo reflects the situation really well — the differences that exist here and all the ugliness that is happening here.”

Spain’s interior ministry said about 200 people tried to scale the fence that day, according to the Associated Press. About 20 successfully crossed, while another 70 stayed on top of the fence for hours. 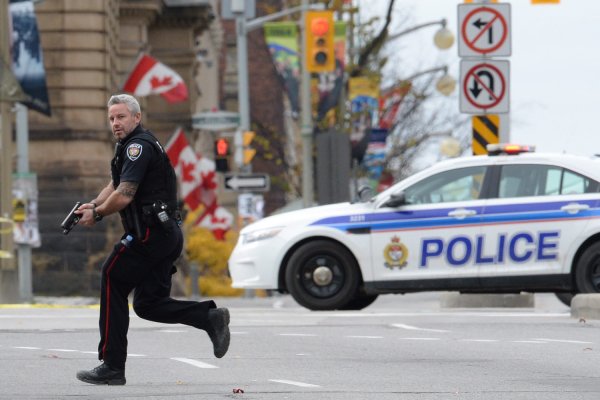